The word disruptive means radically changing the old way of doing things and finding a more efficient, and better, way to solve a problem. A marketplace on the other hand, is is a platform where commercial dealings are facilitated between buyers and sellers.

Marketplaces have existed for as long as humans developed civilisation; the ‘Agora’ in ancient Greece and the ‘Forum’ in ancient Rome are excellent examples. The oldest running marketplace is the Grand Bazaar in Istanbul, Turkey, which has been in operation since 1455.

In the last 20 years, with the digital revolution we have seen the emergence of online marketplaces, such as eBay and Rakuten.

Let’s take a look at the industries melding ‘disruptive’ with ‘marketplace’ to find success in Southeast Asia.

Disruptive online marketplaces came to existence by leveraging new technology and building unorthodox business models. They targeted to general public with high efficiency and at a lower price tag.

One of the biggest changes over the last five years has been the emergence of ‘the sharing Economy’ — sometimes referred to as ‘collaborative consumption’.

The strategy is a form of peer-to-peer trade, rental or purchase of physical items or services between individuals or businesses (largely surrounding underutilized assets).

Based on a Nielsen consumer report, the sharing economy model in Southeast Asia is still young, with consumers that are increasingly receptive to the concept. Some of the top markets in the region are Singapore, Indonesia, the Philippines, Thailand and Malaysia.

The leader in innovation and experimentation for collaborative consumption, Singapore, continues to expand their startups ecosystem with the addition of vertical marketplaces that generated quite a buzz in the region. The neighboring countries are also quick in picking up the trend, and have seen an increase in a pool of marketplaces that tailored to various specific groups and needs of each territory. 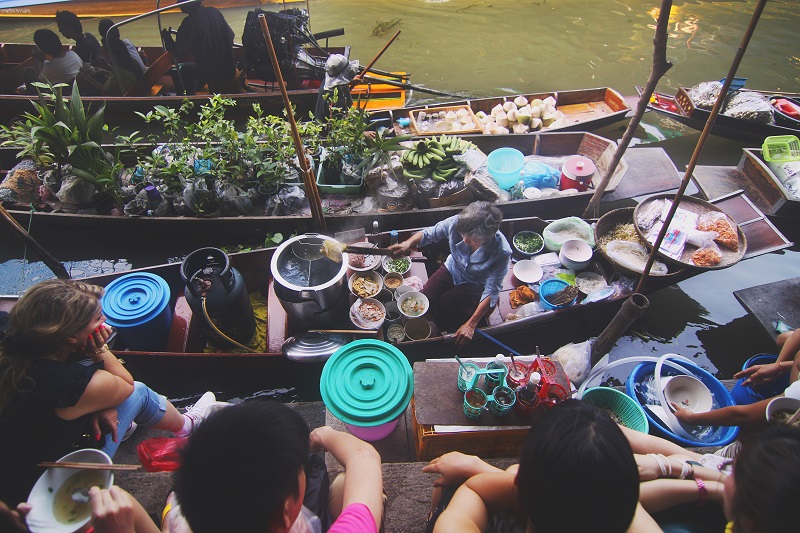 The hectic lifestyle for many middle to upper-class communities in Southeast Asia has helped bring delivery services to the next level.

Startups like Singapore’s Honestbee use freelance shoppers such as housewives and college students to receive their orders on their phone, purchase the groceries, and deliver them to buyers directly.

Online grocery delivery services are increasingly popular in Asia because most people in the region are time-starved from their job, they don’t own vehicles, and if they do face notorious traffic jams that discourage people from going out.

Marketplaces are not just for the wealthy

Take TaniHub for example, an online marketplace that exists to connect buyers directly with the local farmers.

Small farmers in Indonesia gained little profits from their crops due to control from the distributors in charge of the market price. An extreme example is the when tomatoes are bought at Rp. 200/kg (US$0.02) from the farmers by distributors, who then turn around and sell them at a 10 times that price.

TaniHub promises to be the bridge that enabled farmers to gain profit — plus buyers get fresh produce at a fair price. Local produce such as fruits, vegetables, dairy and other main staples are ordered directly from farmers via an app, which is then delivered to the buyers’ doorsteps.

Services get a makeover

Malaysia-based startup Kaodim is poised to transform small and medium sized businesses for the better. It is a marketplace aims to provide a faster, more dependable way to hire services ranging from plumbers to tutors.

Within its first month of launch, the platform on-boarded 500 vendors, filled 400 job requests and 1,300 quotations were returned.

Joining the crowd; similar startups are popping up in Indonesia with Seekmi, and Housejoy in India.

It can be expected that this type of marketplace will expand and change the way services being done traditionally.

All of these marketplaces exist because society is changing.

Combined with improvement in connectivity and tech innovation, Southeast Asia is enjoying tremendous growth in online marketplaces offering all kinds of services.

The demand for an even more efficient way of living caused marketplaces to branch off to and more specific markets, and arguably, they will continue to grow bigger and spark other more vertical markets to conception.

Kenneth Low is a co-founder of Arcadier, a SaaS company that powers next generation marketplace ideas. You can follow Arcadier on Twitter, Facebook, and LinkedIn for more news and updates.