Has eCommerce reached its saturation point in the USA? 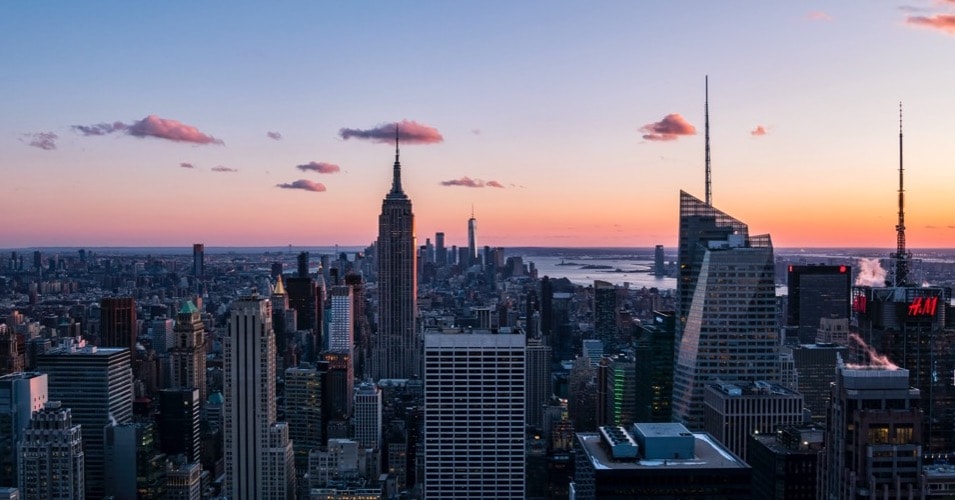 In 2019, United States digital buyer penetration had surpassed 80% of all internet users for the first time, climbing from 79.6% in 2018 to 80.5%. This level of penetration is relatively consistent across every cohort between the ages of 18 and 54, where digital buyers have crossed 80%.  Such data from eMarketer seems to suggest that the USA eCommerce market is reaching an imminent plateau as it reaches parity with that of the total internet penetration. For many in the retail market, particularly brick-and-mortar retailers, is it time to consider online presence as equally important as having an offline presence? To put it differently, can we expect more from eCommerce in the USA?

US eCommerce still has room to grow

American consumers are likely to spend around $708.78 billion on eCommerce this year, as forecasted by eMarketer. This represents an increase of 18.0%, contrasting with the decrease in brick-and-mortar retail spending at 14.0% to $4.184 trillion.

Even at such growth rates, according to Absolunet, eCommerce still represents less than 10 percent of all retail, where eCommerce revenue now represents 10.7% of U.S. retail stores. COVID-19 has caused the closure of many brick-and-mortar stores across the United States which drove many businesses online, eCommerce is slated to reach 14.5% of total retail sales in 2020. This not only signals the biggest share increase in a single year but highlights the growth potential of eCommerce in the US.

Amazon and Walmart currently hold the top two spots in US eCommerce retail respectively, with the former responsible for 47% of eCommerce transactions (5% of all U.S. retail sales). As the global pandemic caused many to turn to digital channels to shop, Walmart has significantly gained from the emergence of online grocery shopping and click-and-collect. Given the economic downturn, consumers have turned away from non-essential goods towards necessities such as groceries, which has led Walmart to see their eCommerce sales rise to over 35% this year, controlling a 5.8% share of the U.S. eCommerce market.  Likewise, with the rest of the pack looking to build an omnichannel shopping experience and develop their own digital footprint, this would, in turn, attract even more sellers and buyers to come on board.

While Amazon currently holds the top spot for eCommerce, many brick-and-mortar stores are also turning to digital channels to reshape the retail experience. Prior to the pandemic, many companies had looked to create new “shopping experiences”, namely experiential marketing, to add value to their product offerings. For example, Apple brick-and-mortar stores boast huge spaces to accommodate browsing and the physical handling of their products. Consumers would then purchase their items online to reap the benefit of online discounts and sales. Other features that companies are looking to adopt include augmented reality (AR), virtual reality (VR) and haptography (simulated tactility), which allow the consumer to experience the products without stepping into the physical store. This would also make buying hard-to-buy-online items like furniture, and textiles easier than ever before. Forbes has found that with millennials and Gen Z’ers maturing and their purchasing power grows, these young consumers are placing a high priority on having such experiences, thus reiterating the need for brands to transform the shopping experience especially for this demographic.

The end-to-end experience matters for consumers, according to a study by BigCommerce which illustrated that brick-and-mortar stores are still important, especially for returning goods. It was reported that at least 30% of all generations in America expected to shop in the store upon visiting for the return. Also, merchants have also seen an increase in offline retail due to customers visiting the website prior to entering the physical store, leading to the emergence of click-and-collect stores.

The importance of the new normal leaning towards a revamped shopping experience that blends offline and online together cannot be ignored. Brands who look to provide a holistic shopping experience, will not only consider enhancing the appeal of physical stores but also focus on their online eCommerce businesses such that it complements the physical store.

Hence, while it does seem as if brick-and-mortar stores are taking a hit now, we might actually see them thriving in the eCommerce space sooner or later. Whether in the form of pop-up stores or technologically enhanced physical stores, the essence of brick-and-mortar stores will still remain as an important fixture in the consumer shopping experience.

Beyond the web, mobile is driving the next wave of eCommerce growth. Mobile is set to stimulate greater in-the-moment, contextual purchase behaviours given the increasing ease in buying on-the-go - whether it is through mobile apps or social media platforms, shopping is literally a few clicks away.

The definition of M-commerce (mobile commerce) will also continue to develop, given the evolution of wearable devices (e.g. Apple Watches), personalized shopping experiences and digital payments. Prior to the pandemic, Business Insider Intelligence predicted that the US volume for mobile commerce would increase from $128.4 billion in 2019 to $418.9 billion through 2024. With improvements to technology coming sooner than later, the end for eCommerce is yet to be seen.

New channels such as connected TVs (otherwise known as Smart TVs) and audio will also grow as effective revenue streams in the near future, according to the programmatic advertising platform, the Trade Desk. These channels will add to a growing list of options to build one’s eCommerce strategy.

Traditional forms of marketing such as email marketing have also grown exponentially in recent years, with the email inbox becoming dynamic and legitimately browsable. According to Absolunet, interactive emails are being developed to allow consumers to browse and shop without ever leaving their inbox, email or mail app. For sellers, they would be able to dynamically update emails with relevant and timely information such as delivery statuses.

Companies such as Gap and Home Depot currently boast this technology, and with companies slowly incorporating similar features in the near future, it seems to suggest that there is still much potential for growth in eCommerce.

Operating costs for eCommerce still can be lowered

Given the influx of vendors providing dedicated and pooled eCommerce delivery services as well as companies building new technologies such as automated delivery robots to drive efficiency, the opportunities to push operating costs down are continuing to grow. While outsourcing is an option to address costs concerns, many companies are also looking internally to automate many of their own processes.

Automation would be seen as a priority especially in the eCommerce business, where picking, processing and packing orders - a sizable percentage of the overall operating costs, as well as deliveries are still manual tasks for many companies including Amazon. As such, acquisitions of Kiva Systems and Buffer Box by Amazon and Google respectively would substantially reduce such heavy costs. The ability to lower cost to maximize sales potential, and revenue, in the long run is certainly the direction in which profit-making businesses are heading towards. Coupled with the convenience from automation and growing impact from other forms of technology, we can expect more companies to ride on the eCommerce wave.

It is fair to say that eCommerce has not reached its tipping point in the US. Digital buyer penetration will continue to increase given the growing purchasing power of young consumers, coupled with COVID-19’s forceful hand in spurring many digital nascent buyers to shop through digital channels as well. Given the re-emergence of digitally savvy brick-and-mortar stores, advancements in eCommerce technology and the increasing adoption of online retail driven by the pandemic, there is definitely huge growth potential in the eCommerce business.

Mark Yeow is part of the Business Development and Marketing Team at Arcadier, a SaaS company that powers next-generation marketplace ideas. You can follow Arcadier on LinkedIn, Facebook, and Twitter for more news and updates. 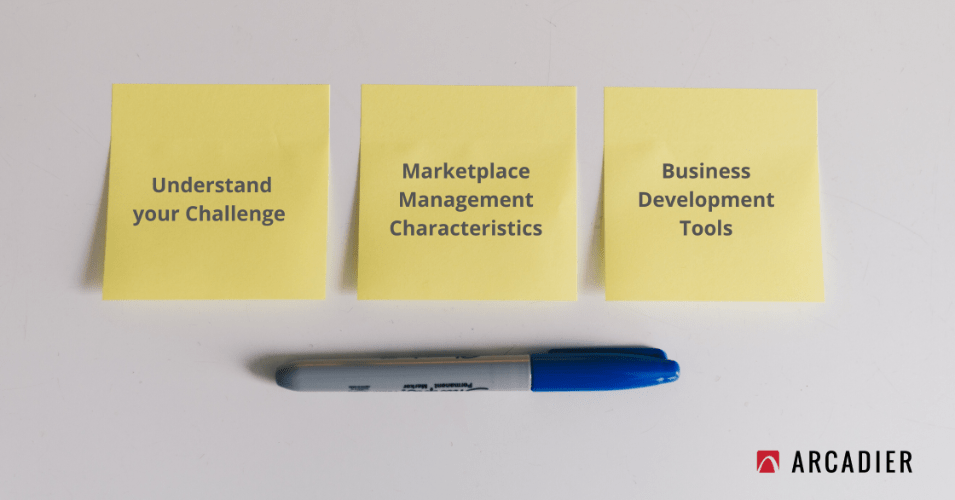 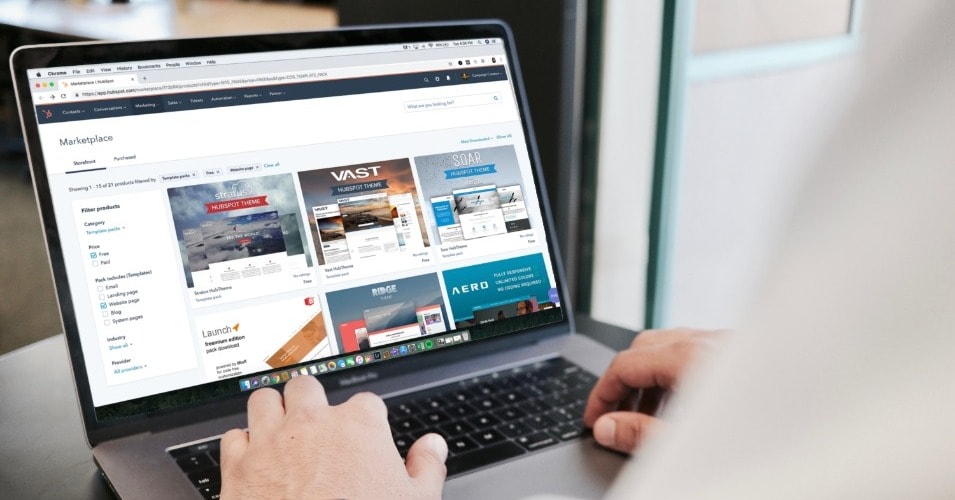 Are Online Marketplaces the Biggest Winner in this COVID-19 Pandemic?