The rise in Ride Sharing Mobility Marketplaces in Latin America

Latin America is one of the most urbanized regions in the world. It is home to more than 649 million people and close to 83% of the population is urban. It is estimated that Latin America’s cities will grow to 711 million in the next decade. The one common facet faced is the speed and scale of modern urbanization and the inability for urban planning to grow at the same pace.

This rapid growth challenges traffic infrastructures and public transport systems - expansion of roads, parking real estates, and improvements on road and commuter safety, around cities as these infrastructures and systems try to play catch up as more people continue to move in and around metropolitan areas. It is often argued that around 30% of the traffic in large urban cities consists of frustrated drivers circling and looking around for an elusive parking lot - something most of us can relate to!

For example, Mexico City is ranked as one of the most congested cities in the world with journeys taking on average 66% longer and traffic gridlock adding 227 frustrating hours of travel time to the annual life of a typical commuter.

Urbanization is also positively correlated with digitization, hence the increase in popularity of online services such as app-based ride-hailing marketplaces, carsharing marketplaces, and bike-sharing marketplaces are some examples. As the demand for more sustainable alternatives of transport meet the advancements in technology, Latin America’s culture of traditional urban mobility and landscape will both face a massive change with more options provided to get you from point A to point B.

These ride sharing online marketplace platforms and apps bring together passengers and drivers that offer rides in private vehicles. The passenger requests a ride and will then be matched with a driver that is in proximity of the passenger’s specified location. The commuter will be able to view the driver through the app based on several criterias such as driver review, proximity and the type of car.

Millennials account for a quarter of the Latin American population and are increasingly embracing access over the traditionally tied notion of car ownership, opting to use alternative modes of transportation and using on-demand services instead. The rapidly growing urban population comes along with it a growing number of smartphone users. Latin America is the world’s second fastest growing mobile market.

By 2025, it is estimated Latin America will see about 484 million smartphone users with access to ecommerce mobile app-based services making the sub-continent “open for business” and a new commercial hotspot amongst online ride-sharing marketplace platforms. The readiness of Latin Americans to try alternative transport solutions due to the lack of efficient and accessible public transport systems presents itself a lucrative opportunity for future businesses and entrepreneurship within the region.

The key catalyst for global mobility companies entering into Latin America is by partnering with local players who understand the market and its operational and cultural characteristics. This also helps these global mobility companies to readily adapt and be able to find the right respective product market fit. One case example is vehicle supply due to the low rates in car ownership and acquiring financing for new drivers. Partnering with Latin American startups who understand local dynamics helps solve the vehicle supply issue.

Let us look at some of the leading ride sharing online marketplaces currently dominating the Latin America market.

Founded in 2012 in Beijing, China, Didi Chuxing is a provider of a mobile ride-hailing application designed to match customers with local drivers in China. The company provides vehicles and taxis for hire and also offers chauffeur services, minibus and ride sharing services in China, enabling users to request rides through smartphone applications. The company continues to develop alternative mobility options that could become a one-stop marketplace for the different mobility needs of a single consumer. They currently operate in Brazil and Mexico, acquired local player 99 in Brazil, and announced moves into Chile and Colombia - signalling the company’s first major expansion into Latin America as a key part to its global ambitions.

Founded in 2009, Uber is an American multinational ride-hailing company offering services that include peer-to-peer ridesharing, ride sharing service, food delivery, and a micro mobility system with electric bikes and scooters. The company is based in San Francisco and has operations in over 785 metropolitan areas worldwide. Its marketplace platforms can be accessed through their website or mobile apps.

Uber entered Latin America in 2013 with an estimated 36 million active users in the region. To date, Mexico is currently its second-largest market after the United States.

Founded in Brazil in 2011. The company provides an easy way to book a taxi and track it in real-time. It currently operates across a number of Latin American markets, including Argentina, Mexico, Bolivia, Panama, Brazil, Peru, and Chile. The company's mission is to convince a new generation of taxi drivers and passengers that using the platform will help reduce traffic and improve mobility.

Founded in Madrid, Spain, Cabify provides vehicles for hire via its smartphone mobile app. Vehicles are driven by their owners, who are self-employed service providers. Operating in Latin America, Spain, and Portugal, the company offers two services - one for businesses and another for individuals.

Ian Ortega is with the Business Development team at Arcadier, a SaaS company that ideas allows you to build your own marketplace in minutes. You can follow Arcadier on Twitter, Facebook, and LinkedIn for the latest insights on marketplaces and the Sharing Economy. 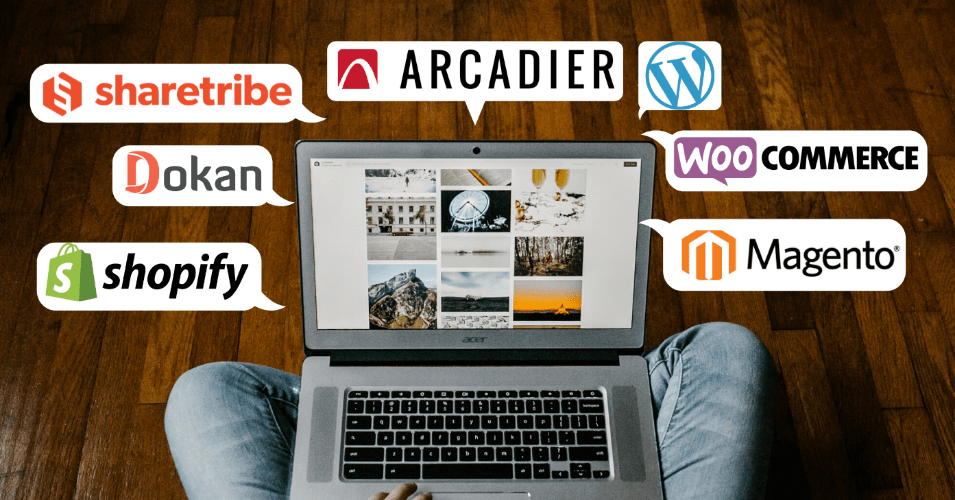 Finding the right Solution for your E-commerce Business. Is it better ... Gobbling up the competition. The growth of online food delivery market...