Uber's Retreat from Southeast Asia: What Next? Uber’s withdrawal from Southeast Asia and its subsequent merger with Grab yields valuable lessons on strategies for scaling marketplaces in a sustainable manner.

Uber is going south. Earlier in March, the San Francisco-based sharing economy pioneer sold its Southeast Asia (SEA) operations to longstanding rival Grab in exchange for a 27.5 percent stake in the company. Uber CEO Dara Khosrowshahi will also have a seat on Grab’s board. Under this merger, Grab will wrest full control over Uber’s operations and assets in eight countries in the region - Cambodia, Indonesia, Malaysia, Myanmar, the Philippines, Singapore, Thailand and Vietnam.

The Southeast Asia (SEA) merger mirrors events of the past 2 years in China and Russia. In 2016, Uber succumbed to dominant Chinese competitor Didi Chuxing for an 18 percent share in the combined entity. The Silicon Valley startup also limped out of Russia in return for a $3.7 billion deal with market giant Yandex.

Amid Uber’s snowballing losses, these mergers have been last-ditch attempts to clean up the company’s finances as Uber struggles to meet investor demands before its impending 2019 initial public offering (IPO). Despite almost a decade since its inception in 2009, Uber continues to be in the red.

In 2017, the Silicon Valley startup suffered a loss of $4.5 billion, up by 61 percent. Adding to Uber’s woes, the company has been plagued by a slew of reputational crises and legal troubles in the past year. Uber was accused of abetting sexual harassment in the workplace and was forced to withdraw from London due to legislative noncompliance.

In the increasingly cut-throat ride-hailing industry, hyper-local is the keyword. As ride-hailing companies scale their operations and go global, it becomes ever more important for them to understand their diverse markets. A one-size-fits-all approach is no longer viable. Failure to connect with their audiences in SEA eventually led to Uber’s downfall.

Unlike Singapore-based competitor Grab, the Uber app is standardised across all regions. In contrast, Grab introduces region-specific tweaks to their app. Grab CEO Anthony Tan emphasised their commitment to upholding the “hyper local culture in places we operate”. In Singapore, users can input numeric codes for taxi stands instead of full addresses. Though minor, these seemingly negligible adjustments are testament to Grab’s willingness to engage with their customers and ultimately helped the Singapore-based company take the lion’s share in the lucrative SEA market. 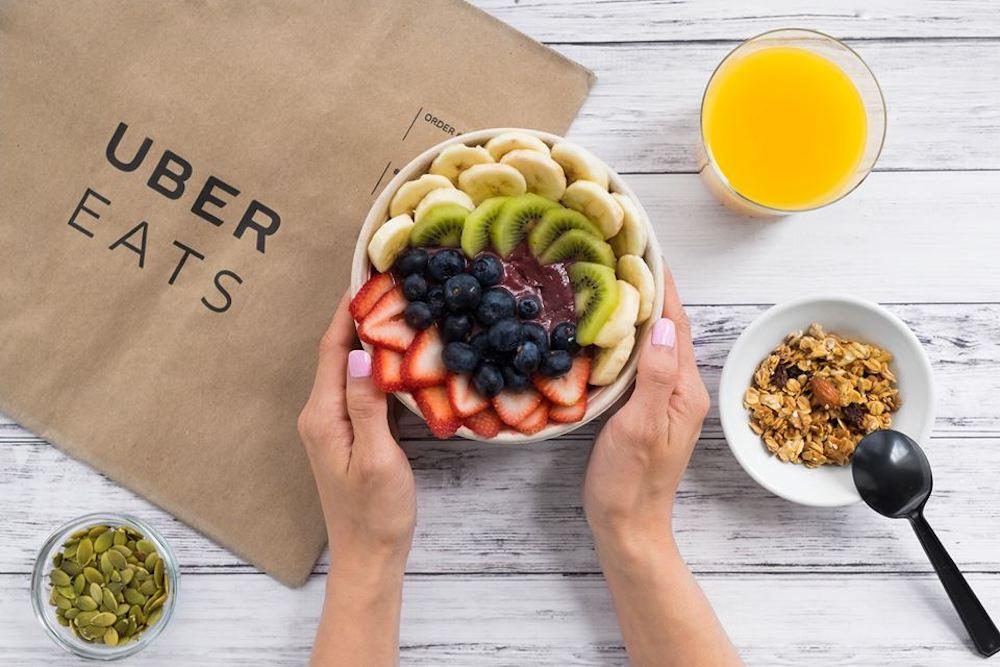 Uber failed to establish a competitive advantage in hyper-vertical markets

Uber is firmly on board the hyper-vertical train. The power of verticals lies in their ability to penetrate untapped markets, and Uber has recognised this. The two-year-old UberEats is spearheading its parent’s growth. It is the biggest food-delivery service globally with an established presence in more than 120 cities.

Yet in the overcrowded SEA market, UberEats did little to carve out a niche for Uber. Starting out late meant that the food-delivery service had to contend with mature players which had already gained a stronghold in the region, namely Foodpanda and Deliveroo. Foodpanda was the earliest arrival, having launched in Singapore in April 2012. Deliveroo followed suit in November 2015, with UberEats being the latest addition to the fray in June 2016. With its hands full dealing with its more experienced competitors, UberEats floundered to seize fresh customer bases in a sunrise industry. UberEats’ belated arrival signified that it had lost the fight even before it had begun.

Looking beyond SEA, Uber does not seem to be letting up in its quest to conquer hyper-vertical markets. UberMoto, the motorcycle counterpart to Uber’s core service, is projected to fuel the company’s expansion into India. In addition, COO Barney Harford announced plans to venture into the electric bicycle industry. “This is something that could work globally and be a cost-effective mode of transportation”, he said. One can only hope that timing will be on Uber’s side this time.

Uber is shifting its strategy towards rationalisation

Once reckless, Uber has learnt the hard way that trying to be everywhere simply doesn’t work anymore. David Kass, finance professor at the University of Maryland, pointed out, “Uber is looking ahead to their expected IPO in 2019, and they need to shore up their balance sheet and income statement. They are focusing on where they believe they are more likely to succeed, both in terms of profits and in terms of sales growth.” Time is ticking, and Uber needs to cut its losses and prove to investors that its business is sustainable and profitable.

In an internal email to employees, CEO Khosrowshahi admitted, “One of the potential dangers of our global strategy is that we take on too many battles across too many fronts and with too many competitors”. In preparation for 2019’s IPO, Uber is moving towards rationalisation, cutting off unprofitable branches and channelling resources into core markets such as India. “We are doubling down on our investments in this country like never before”, COO Harford said, and added that the SEA merger “has freed up resources which we are going to invest across people, products and partnerships to better serve this country”.

According to Counterpoint Research, India alone makes up more than 10 percent of Uber rides and the US company holds more than 35 percent of the market share in the ride-hailing industry there. The ride-hailing giant is also set to amplify its presence in Latin America and the Middle East.

Uber is here to stay

In light of recent events, the question remains: does Uber still have a stake in the competitive ride-hailing industry? Uber has emerged strong from the trials and tribulations of 2017. In 2018, Uber jumped 17 places to number 2 on the CNBC Top 50 Disruptors’ List. According to Pitchbook, the US company is valued at $69.6 billion. Uber’s streak of losses notwithstanding, gross bookings saw an improvement, and leapt by nearly 14 percent, from $20 billion in 2016 to $37 billion in 2017. 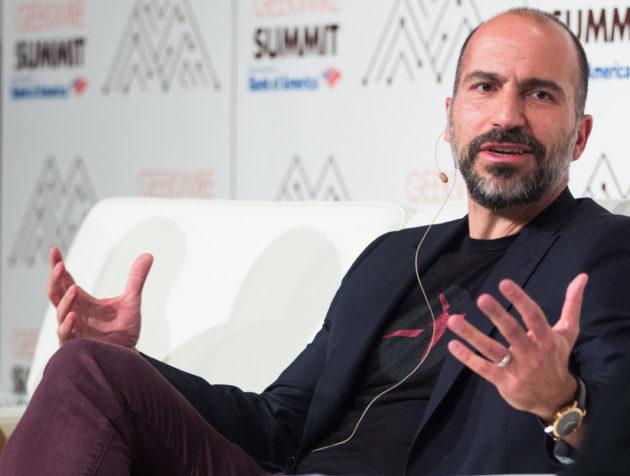 Under the leadership of newly-inducted CEO Khosrowshahi, Uber is on track to recoup its losses. Things appear to be picking up as Uber’s loss record has been showing signs of improvement, where the company lost $1.1 billion in the fourth quarter of 2017 as opposed to $1.5 billion in the third quarter.

The ex-Expedia CEO has also demonstrated sound business acumen and is looking to hyper-verticals as an engine of growth. Uber has consistently launched an array of services which complement its primary business. The San Francisco-based company partnered with JUMP Expansion to push out UberBike, which targets the bullish bike-sharing market. The birth of UberRent, a collaboration between Uber and Getaround, also zooms in on the car rental industry.

It is too soon to conclude that Uber has lost. The company’s renewed focus on core markets and hyper-verticals puts it in a good position to compete with old and emerging rivals alike. Under Khosrowshahi’s helm, Uber’s future prospects are bright and it is set to turn the tables with its shrewd rationalisation strategy. Why the Sharing Economy Continues to Attract Multinationals like Ford 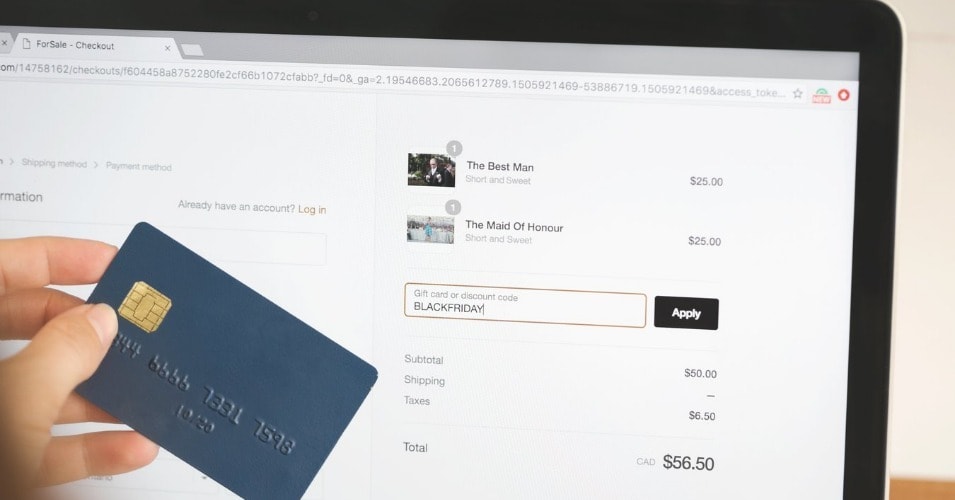 Why an ecommece Online Store is not an Online Marketplace 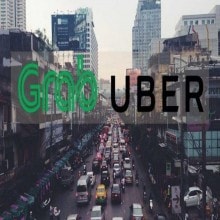