92% of high growth startups fail within three years, premature scaling being a major cause of failure. Even with funding, it’s not a sure road to success either — some investors over-invest despite indicators that show a much lower probability of success.

Mark Zuckerberg once said, “Move fast and break things. Unless you are breaking stuff, you are not moving fast enough.” It became a mantra for most, if not all, startup founders. Their constant fear and motivation: different companies can have similar ideas, but what determines success could be the speed of execution and first mover advantages.

Rapid expansion and a large user base are indicators of success, but they are shallow indicators. Friendster had a large user base, and so did Napster. More important than rapid growth, startups need to grow sustainably without creating significant problems for the long run. It spells disaster when there is clearly a trade-off between rapid growth today and the startup’s ability to sustain itself for the future.

While many startups aim to accelerate growth and are — in the words of Matthew Stinchcomb, Etsy.org’s executive director and the company’s former sustainability chief — “just growing to grow,” Etsy is taking a more cautious approach with regard to scaling its online marketplace. This week, Etsy is celebrating 11 years of being a creative marketplace. How does it advocate slow growth but still emerge on top?

Etsy knows exactly why it exists, and its decisions are not driven by trends or competition. Etsy CEO Chad Dickerson states: “Etsy was built to serve our community and we will continue to operate this way, no matter our size, status, or certifications.” 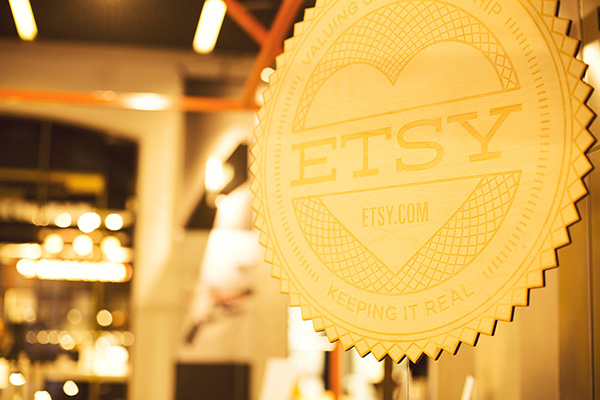 Etsy’s commitment, as stated in its website, is to create lasting change in the world. The company views its “social, environmental and business goals as inseparable.” It became a certified B Corp — a for-profit entity that meets rigorous standards of social and environmental performance, accountability, and transparency, as certified by the nonprofit B Lab — in 2012.

When the leading e-commerce platform for handmade goods just started, it guaranteed that items listed on its marketplace were either vintage or handmade by individual sellers. Shoppers started pouring in and now, it currently offers 35 million listings for handmade home goods, jewelry and other crafts. Etsy went on to file for an IPO in March 2015, even announcing that “it intends to keep its original principles even under pressure from shareholders to cut costs or deliver profit.” Its gross merchandise sales hit $2.39 billion in 2015.

Following its vision relentlessly, Etsy became not just a platform where you can buy and sell, but a brand that inspires a unique lifestyle and a loyal following.

Enabling the Community to Do More

As Etsy’s marketplace platform gained traction, sellers started finding it more and more difficult to keep up with demand. Sure, Etsy was making more money than ever from the listing fees, commissions, and additional revenue streams (advertising, payment processing, etc.), but it never failed to care and address the concerns of its community.

Since 2013, Etsy started matching its high-value sellers with approved manufacturers to help them scale their businesses. It’s not a simple process at all, as Etsy merchants can be very particular about the manufacturer’s proximity and the kind of materials they use. Etsy started reviewing and approving manufacturer applications on an individual basis based on criteria such as commitment to transparency.

Offering further support for their community, the company also partners with major retailers, including Whole Foods, Nordstrom and Macy’s, to showcase unique products and reach a bigger consumer base. Giving Back to the World

Etsy issued 188,235 shares of its common stock and gave $300,000 from its initial public offering to fund its independent nonprofit Etsy.org, as reported by the Wall Street Journal. The company continues to spread its gospel through one of its philanthropic division’s programmes, the Good Work Institute, a free business-education program for entrepreneurs with modest-sized firms. Teaching founders to focus on virtues like sustainability, classes include community involvement, bookkeeping basics, discussions on fair wages for staff, and team-building exercises to strengthen communication skills and foster appreciation for the environment.

Participants of the six-month programme in New York City have attested to Etsy’s approach to strive for thoughtful growth. For some, it meant re-evaluating shipping and fulfillment procedures and switching to more environmentally friendly packaging, while for others, it meant shifting focus from expansion to boosting standards for product quality as well as sustainability.

A Company Culture that Drives Change

Internally, Etsy has instituted campaigns to create great working environments in its offices around the world. It makes an effort to improve gender balance and diversity in all levels of the company. In addition, policies around employee volunteerism, community engagement and company philanthropy are also formalized.

According to Etsy’s 2013 Values Impact Report, it has also launched programmes for the less privileged and artisan entrepreneurs in need of funding. It is also in Etsy’s vendor policy to supporting independent, responsible and local businesses.

Environmental stewardship is a huge part of Etsy’s company culture, as evident in its environmental management system that aims to improve energy efficiency, reduce waste, and to measure the company’s ecological impact. 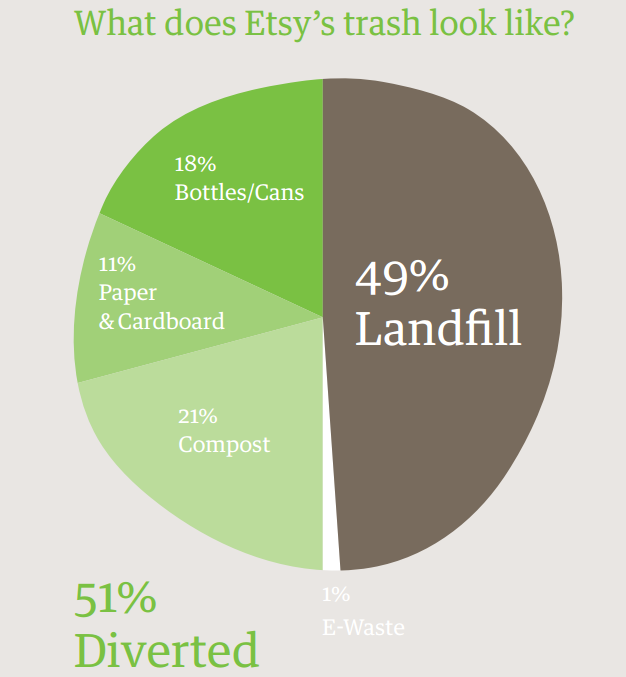 For other online marketplace operators, what does it mean to succeed? Many still think that rapid expansion and cutting costs wherever possible is the most sensible method of doing business, even if it means having little regard for the marketplace providers or suppliers’ wellbeing and long-term success.

Etsy’s sustainability principle revolves around thoughtful growth, meaning to use resources responsibly and efficiently to their best advantage to grow. Etsy CEO Chad Dickerson recognizes one of the most important factors that can propel its growth organically: “Etsy’s seller-aligned business model means that we are built on serving our community — we succeed only when Etsy sellers succeed.”

Amidst doubts that Etsy cannot remain a socially responsible business as it is now a public company, Dickerson wrote that fast and sustainable growth isn’t a dichotomy: “We reject the premise that there is a choice to make between the two. Etsy’s strength as a business and community comes from its uniqueness in the world and we intend to preserve it.”

11 years since its founding, Etsy is still laying the foundations for its future. This process of continuous interaction with the community is constant but fulfilling work, as it allows Etsy to understand the market and monitor its community’s evolving needs, enabling it to innovate and build an ecosystem that truly serves the community. Such is the nature of the fundamental principles that drive Etsy’s founders and their team — their slow and steady approach will pave the way for the company’s long-term success. 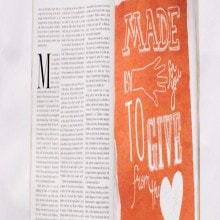