Arcadier’s very own Chief Technology Officer, Paul Cascun, goes in-depth with the history and background of the company, discussing how our product was made, how it is constantly evolving, and what we are aiming for it to become. Paul also explains how some projects that spurred the growth of some of our most vital features, such as payment gateways and translations. Why is the answer to ‘Can the system … ?’ always invariably ‘yes’? Paul tells us more:

The current Arcadier product interface seen by users is not the very first software base that Arcadier produced. Paul shares that “It is actually the second generation of Arcadier’s original software product, coming to fruition because of the first-generation’s customer demands.” Arcadier’s first generation of customers came about when marketplace sites such as Uber and Airbnb were not yet popular, and bore specific demands and ideas despite not having seen what they wanted in the market then.

Paul shares stories about some of the first-generation customers, including a marketplace for the sales and delivery of physical items to customers in hard-to-reach places; a property marketplace for consumers who did not speak the same language as the sellers; a marketplace within the food and beverage industry for food delivery orders.

The Patterns and the 2nd Generation’s Pathway

Over time, Arcadier noticed a trend amongst our customers. Firstly, all of them followed the marketplace layout: many people buying off multiple merchants who operated under a figurehead. Secondly, all of them required operators and operator oversight, to monitor the transactions. All had key fundamentals across the various customers despite the different industries. Arcadier believed that these factors could be within a single system, leading to the second generation of the Arcadier marketplace and its framework we see today: a flexible and extensible system, available for the different marketplace implementation types.

The trends and difficulties of the different users of the first generation has visibly helped shape some of the fundamental features of Arcadier’s marketplace setup system. One would be the search function within the end-user interface, where potential buyers and sellers can input key terms to find out the different merchants’ offerings. Additionally, Arcadier permits marketplace operators the flexibility of the search system and comparison tools. One other is the translation system, which the host and sellers can use to translate to multiple languages and the regional variants of the language, relying on both machine (via Google Translate) and human translations to increase accuracy. 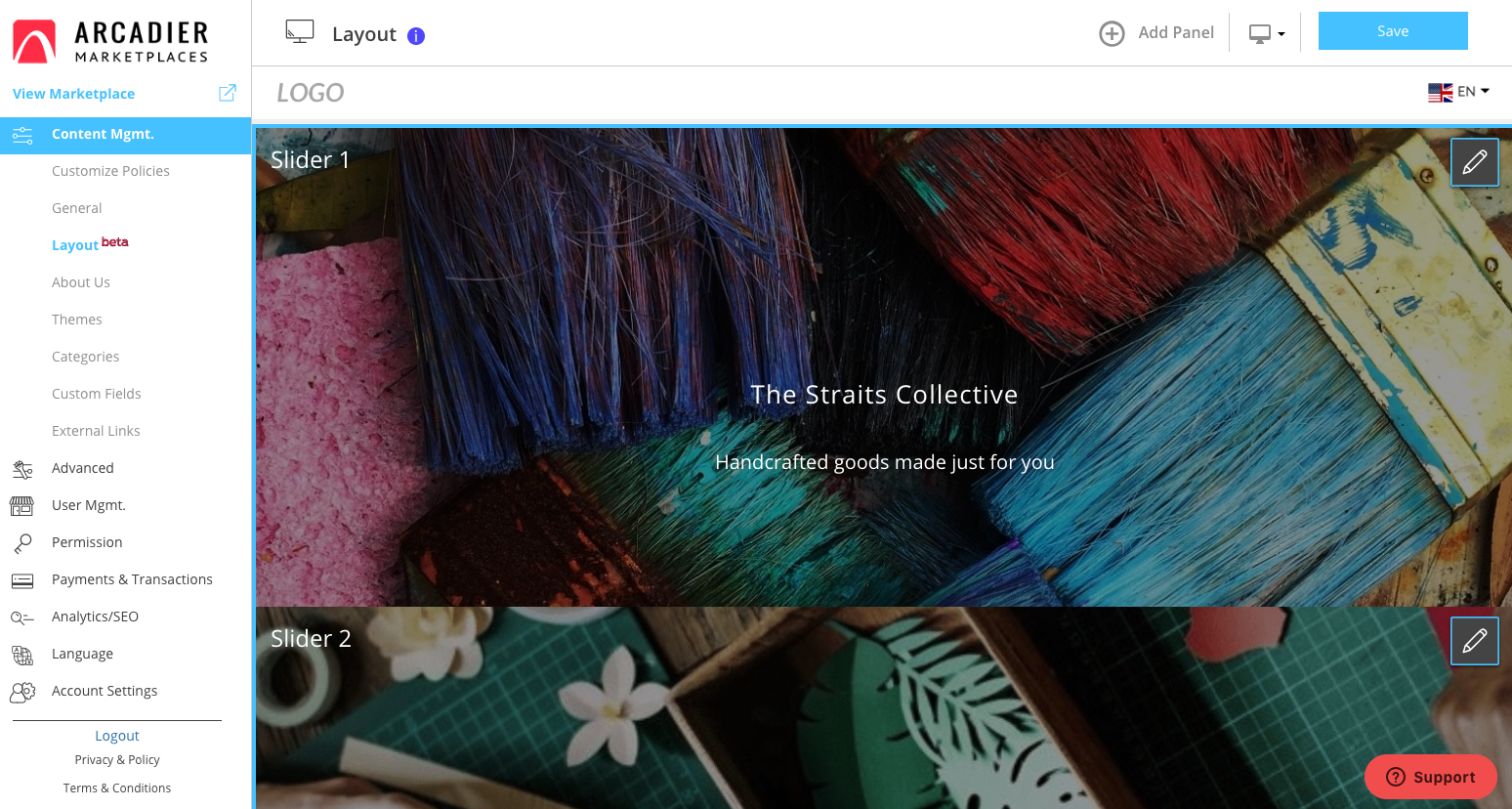 At the core, Arcadier’s product and features are re-designed from past experiences and observations, and anticipates the wants of future projects. WIth frequent updates and an ever-expanding list of functions, the Arcadier Marketplace is built for immediate use and on-the-fly changes within the system without requiring them to reconfigure the system entirely. A generalised software yet having the complexity and flexibility for different aspects required by different users, Arcadier utilises the fundamentals and redefines them.

The constant question that users across any platform asks: ‘Can the system … ?’. At Arcadier, the answer is - invariably - yes! It just depends on how Arcadier users make that happen. For large corporations, they can engage with their IT correspondents to help them, utilising their on-hand and off-hand resources. Small start-ups and individual users who do not want to go through the hassle of building in that function, Arcadier’s User Community has many people sending in queries and requests for new functions to us! If you see someone else requesting a similar function, push it forward! We include specific features if they are in the pipelines or receive much user support.

Ultimately, Arcadier operates as a community, giving and taking. As the years progress, Acradier expands its features and functions. Paul explains that it does so “by reappropriating code to aid this newly established system as well as adapting similar functions from other marketplace sites”, to better cater to the wider audience out there.