Staying Ahead of the Curve in the Sharing Economy

An interview with Alan Tien,

Enter into a world of imaginative ideas as you step into the newly opened Visa Innovation Centre in Singapore. As a breeding ground for the next ground-breaking innovation, one can find inventions at this centre that are beyond your wildest dreams. Things you have seen only in blockbuster movies now come to life right before your eyes.

A biometric hand scanner that detects your handprint as you swipe your palm in seconds? Check. A car console that allows you to pay for your morning caffeine fix at Jimmy Monkey Cafe? Check. Wait, is that possible? It sure is at this innovation centre, with an integrated, cashless and seamless payment experience with your Visa credit card. All without the need for a physical plastic card. 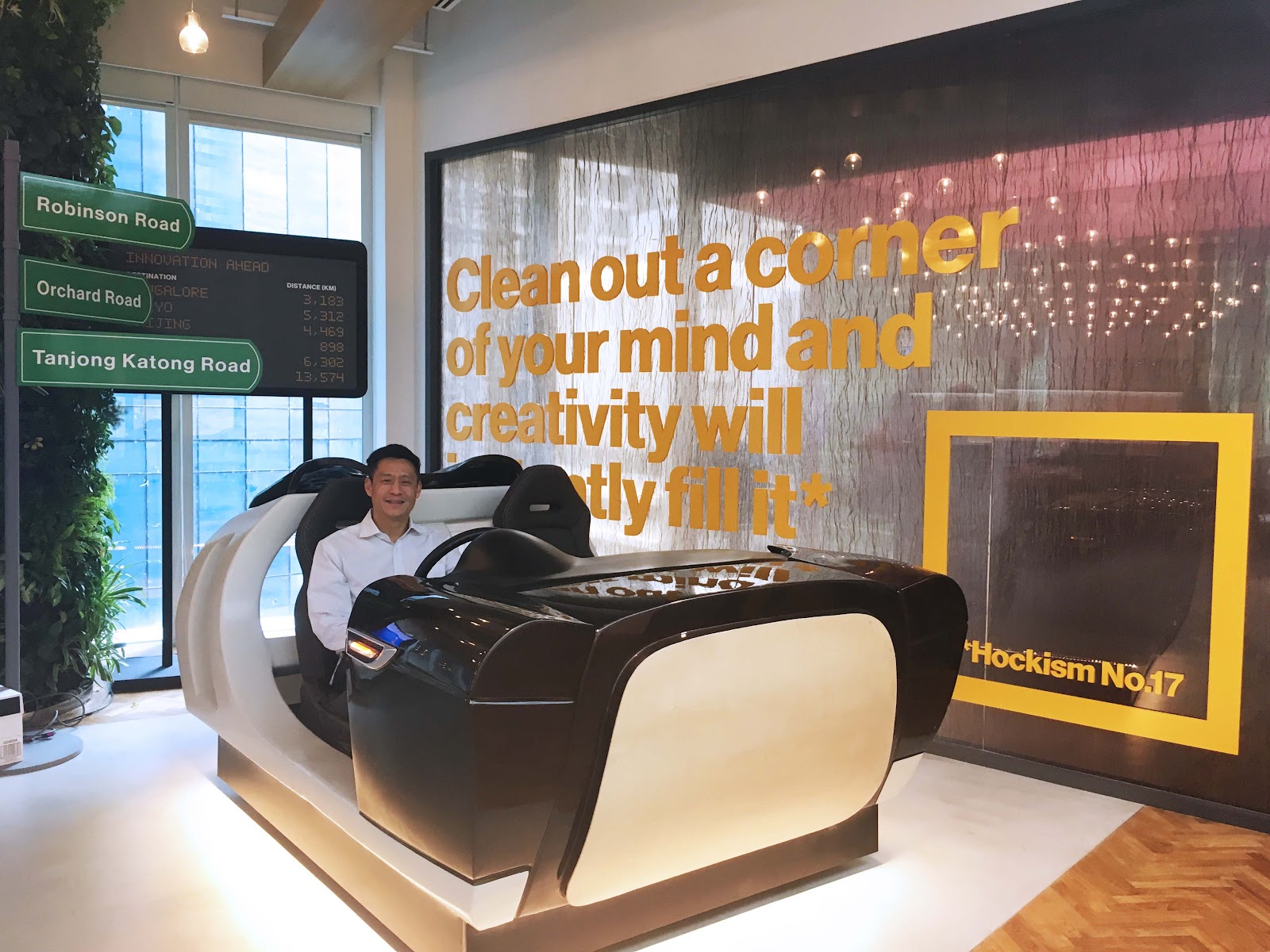 Alan giving us a tour of the futuristic car console which features integration with your credit card.

Following a short tour of the exhibition featuring marketplaces and the sharing economy, we sat down with Alan Tien, Vice President of Innovations for Visa Asia Pacific (APAC). Talking about the latest innovations in the flourishing sharing economy in APAC, his insights lend a great help for businesses to stay ahead of the curve.

As we sought his take on growth and innovation in marketplaces, Alan was bullish about Southeast Asia’s prospects. He justifies his view by pointing out that Visa has built a multi-million innovation centre with the goal of inspiring Visa’s clients in the area of innovation. While he mentioned that Southeast Asia has faced challenges such as logistics and split-ups in the smaller markets due to the government and regulations, he is convinced that we are only starting to see the beginning.

We asked Alan what does this mean exactly for the nascent sharing economy in APAC then? He went on to give us some invaluable insights.

“The further behind a country is, the more opportunities there are lying ahead in the sharing economy. In this aspect, China has progressed the furthest while a large part of India is nascent,” exclaimed Alan. The massive growth as predicted in 2005 for China had indeed come to pass by 2015, which reminded Alan of the similar stage SEA is at currently.

He further elaborated that Indonesia alone is already a growing force to reckon with, given the staggering 260 million people in the archipelago. Furthermore, while China has by far the largest population in APAC, India is growing fast as well. This holds immense potential for the collaborative economy as plentiful of verticals await to be uncovered.

Adaptation to the local market

When asked about the current phenomenon of marketplace giants like Airbnb expanding into Asian markets, Alan believes innovations in the area of marketplaces and sharing economy in Asia will not always be a direct copy of those in North America. It is in a matter of time before Asia has her own models, with her leading in many regards. One of them is Ladyjek, an equivalent of Go-Jek but with female motorbike riders.

“While Asia seems to always start by copying off North America, the real innovation begins once that is done. After all, different dynamics and fundamentals are at play in these two distinct markets.”

The primary underlying assumption in the United States is expensive labor, so marketplaces are built around simplifying the use of labor. On the contrary, labor is cheap in Asia; thus a business model that does not work in the States may be viable here.

Alan reminded us that, “Amidst much radical changes in a couple of years, payments are moving with browser biometrics, being just a fingerprint away. No longer do we want to type in card information and deal with interfaces.” He also elucidated that although the underlying infrastructure for payment — credit cards — has stayed the same as it was for the past 15 years, the vector of interaction is changing rapidly, found in newer modes of payment Stripe and Venmo.

Given Alan’s years of experience in Paypal and Visa, he exhorted marketplace operators and entrepreneurs alike to review payment modes with much prudence. Contrary to conventional belief, safety in payment comes first as there needs to be trust before users will come onboard. It is then followed by either the ease of integration of payment form factors or consumer experience, seeing which accommodates better to the marketplace vertical.

As for cost, it is prioritised lower on the premise that one should have the margin to cover the business model. Nonetheless, the order completely changes by market and categories. A B2B marketplace would not care too much about credit cards as there are alternatives befitting their higher volume of transactions, which usually exceed a few thousand dollars.

Quote of the day with Alan Tien

Alan sets us thinking with a quote that says, “Tech is no more a differentiator; it is all about your business model.” In the best and worst of times, it has never been easier to build a marketplace with the tools available these days. As he accentuated that, Alan drove home his point of the need to think really hard about how one’s business model is, given the resulting lower barriers to entry.

“Most importantly, can you explain why your business is different from others in 30 seconds or less? My first question to you is how will you acquire users?” If you can answer Alan’s question right off the reel, chances are your business model has a shot at being viable. Technology has levelled the playing field. It is high time entrepreneurs trim their sails to the wind and pay more mind to their business models.

As you think about how your business model will stand out against the rest, innovation certainly holds the key to that conundrum.