Global Head of Sales for WePay 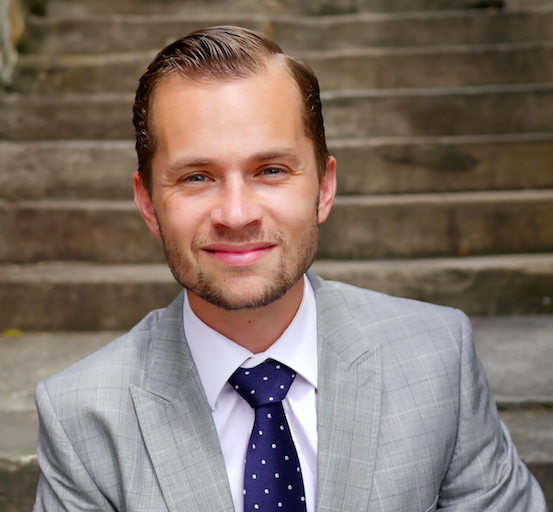 Matt Marino, the Global Head of Sales for WePay lends his thoughts on what marketplace operators have to know about payments, fraud and chargebacks from the US. Photo Courtesy of Matt Marino.

When it launched in 1996, Craigslist promised to be the place you went to find just about anything — housing, jobs, electronics, furniture, even friends. But there was one thing it didn’t have: payments. Craigslist was a platform that could connect you with someone you wanted, but when it came to actually make a purchase, you were on your own.

It was a simpler time.

Craigslist could get away with not having payments because it was the first, but today’s marketplaces don’t have that luxury. Nowadays, if you want to build a successful business on connecting people, you also need to handle their transactions too.

And that’s tough. As many marketplaces find out, processing often presents a tradeoff. Do you build a tightly-integrated payments system on your own, accepting the fraud and regulatory liability that goes along with it? Or do you push that headache off on a 3rd party processor and give up the seamless experience you probably want?

If you ask Matt Marino, Global Head of Sales for WePay, he’d tell you it doesn’t have to be this way.

“Newer payment providers like WePay are a third way,” he said. WePay provides marketplaces the tools needed for users to make seamless payments, while also taking on the risk and regulatory overhead behind the scenes.

Payment takes priority from the onset

While payment hardly takes centrestage, it is as vital to the success of a marketplace. It’s one of the most important interactions a user has on a marketplace, so it’s important to get it right.

Matt hammered the following point home with Arcadier, “First, you need to make payment as easy as possible. A sharing economy service is basically a two-sided platform. These companies live and die by the ability to connect people and get business done. So anything that adds friction is going to hurt their growth.”

Of course, there are other important concerns such as operational, financial and risk management responsibilities, Matt said. It’s hard to meet these without adding friction, either by collecting more data or making onboarding more difficult. This is the fundamental difficulty of payments.

“Success in this market is a balancing act,” he said. 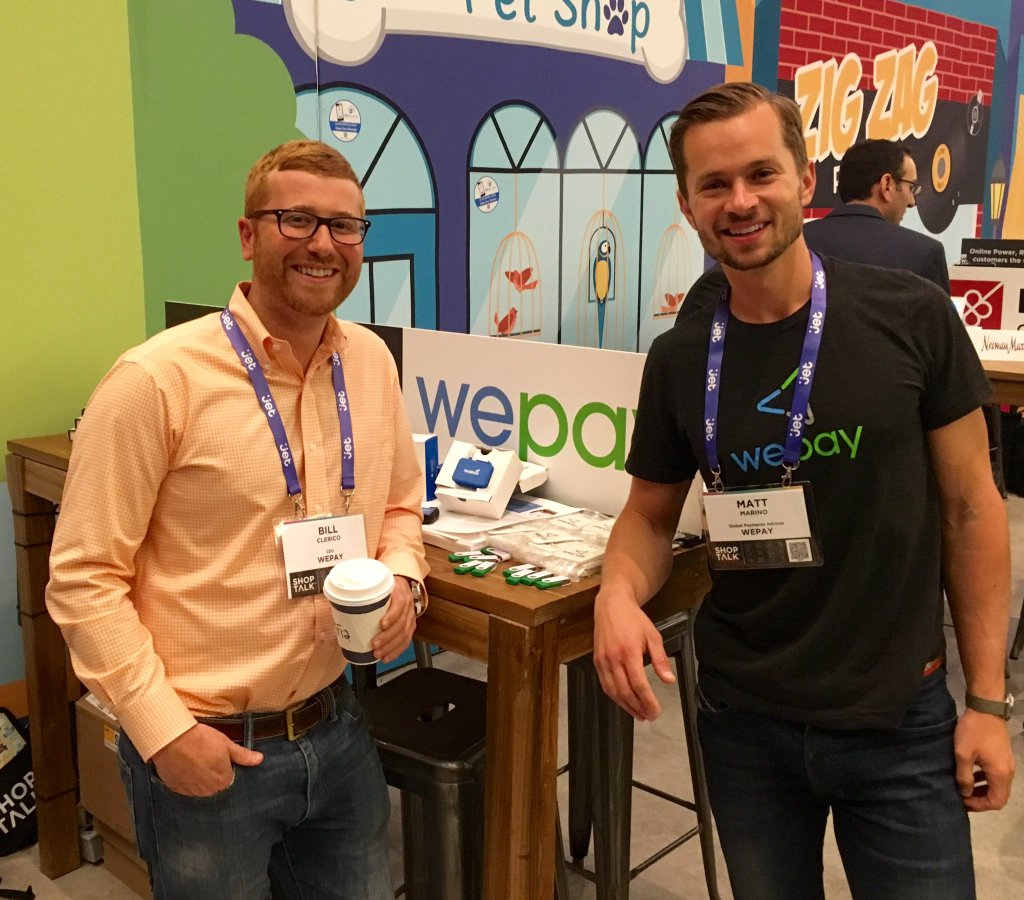 Risk: take it or leave it

When it comes to payment, then, should a marketplace get out of payments entirely or be a middleman?

We threw that question at Matt. He highlighted the tradeoff between “opening yourself to all kinds of regulation and fraud risk but being in full control” and “not undertake any risk while losing control of the payment experience.”

As Matt further elaborated, “Marketplaces can either act as a middle man and aggregate the payments from buyers into an account they control and disperse the money to sellers in a separate transaction or get out of payments entirely by letting sellers accept payments themselves with their own merchant accounts or integrate those with a third party gateway provider.”

WePay is able to offer the best of both worlds.  Simply put, marketplaces who use WePay do not require anti-fraud tools or risk vendors to keep fraudulent activity in check as the payment gateway has a wealth of relevant tools and technologies and provides it as a fully integrated component of their processing.

Managing two-sided risk in the marketplace

“Platforms are two-sided, and that means two-sided risk. So it can’t be an afterthought. That’s why we provide technology that fights fraud on both sides as a core part of our product,” asserted Matt.

Knowing that many marketplace operators take the risk for merchants so as to attract more supply, Matt’s advice was to “Either do it right or don’t do it at all.”

Matt said he’s seen platforms hit with so much fraud in a short amount of time that it erased a whole quarter of profits, so risk is not something that should be taken lightly. Platforms can manage risk themselves, he said, if they’re willing to put in the work.

“It means hiring an experienced risk and compliance team. It means putting into place technology that allows them to vet merchants at scale, and this means taking the loss if things go wrong. If you’re not willing to do that, then you’re much better off letting a partner like WePay handle it,” noted Matt.

Fraud and chargebacks are two terms a marketplace operator needs to be acquainted with.

In Matt’s exact words, “A chargeback is a dispute mechanism that aims to make consumers safer when they pay with credit.” If you call your bank to get a fraudulent charge removed from your statement, you’re initiating a chargeback. The bank would look into it and usually give the customer a refund.

“The important thing to note here is that the money for the refund has to come from somewhere,” he added. “Ideally, it’d come from the fraudster. In reality, the fraudster is often gone with the money by the time the chargeback is reported. That means the money is often taken from the merchant-of-record (aggregators) for the transaction.”

In other words, the aggregators would have to incur the chargebacks their merchants generate. According to Matt, these losses can be monumental; the average online merchant in the United States has a chargeback-to-sales ratio of about 0.8%.

Thus, he recommends that marketplace operators and merchants alike present their customer support terms very clearly. For instance, customers should know upfront that they can request a direct refund from the merchants before calling up the banks to dispute the charges. WePay has also dispensed a couple of salient pointers in a recent article about chargebacks. 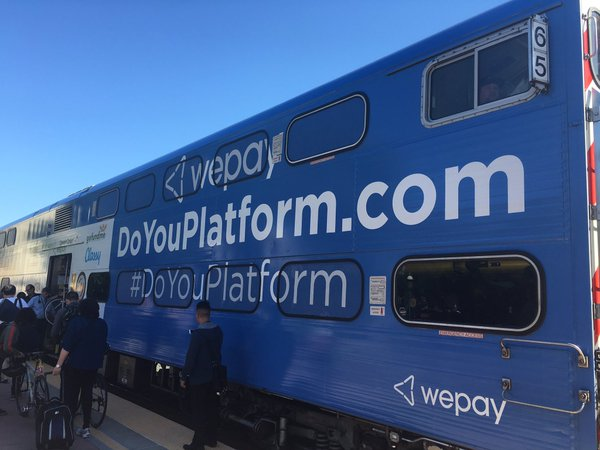 “Ultimately whoever is moving the money is responsible by law to ensure the KYC (know-your-customer) and underwriting laws but that’d be a bit too much to ask of marketplaces.” In line with that, Matt reassured, “WePay is able to ensure transactions coming in are legitimate and buyers are who they say they are. Most importantly, the marketplace is not responsible for these risks and can still run and operate an integrated solution without being exposed to such risks.” It takes a huge burden off marketplace operators, giving them more time and energy to focus on their core product.

Speaking of user validation, shell-selling is a common phenomenon. Thieves can easily pretend to be someone else and further compound the difficulty in detecting shell-shelling. To that, Matt explained how WePay is able to temper that with an example of Gofundme.com, where WePay is a payment processor. “WePay does all of the validation in real time (within a few minutes) with the name, email address and phone number to start initial validation checks. Within minutes, we are able to see if he’s valid or not. We actually do a lot of checks with the authorities such as the designated terrorist list and find social media to be one of the greatest indicators, such as Facebook, which we use extensively.”

Wise words to go by

“Competition is fierce these days. The marketplaces that win will be the ones who can think holistically about payments and what they mean for the users of their platform. They’ll be the ones that can deliver exceptionally easy registration and checkout while still protecting their users and protecting their bottom line,” emphasized Matt.

Having seen the demise of numerous marketplaces coming down to sacrificing either the seamlessness or safety in a marketplace, Matt exhorted, “The marketplaces that succeed are the platforms that do both. It isn’t easy. But it can be done.”