5 Challenges to Overcome in Developing a B2B Marketplace

What’s new to B2B are the marketplaces taking highly specialised areas by storm. In this exclusive interview with Arcadier, the limelight is cast on EIG88, a B2B excess inventory marketplace.

What is EIG88 all about?

Excess Inventory Guru, or EIG88 in short, brings to the table of industrialists a long overdue solution to a problem that hits especially close to home with them. It aims to resolve the problem of excess inventory parts that could be liquidated or cleared to free up additional storage space.

While it may strike you as a direct rival of Amazon or Alibaba,  it is not just that. EIG88 differentiates itself from its counterparts by dealing solely in the sale of excess industrial inventory, parts and machinery that are not brand new and mainly in the industrial and manufacturing sectors.

We spoke with Sue Lynn Lee, Sales & Industrial Manager of EIG, who was more than willing to shed some light on some challenges faced in developing a B2B marketplace. As we had a chat with her at a cosy corner in her office, she let us in on the different ballgame the startup faces altogether as compared to B2C and C2C marketplaces. 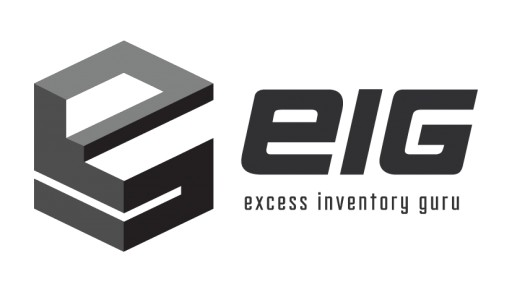 Here are 5 challenges that are useful for aspiring entrepreneurs to know before getting into the thick of developing a B2B marketplace:

In the realm of marketplace, the concomitant chicken-and-egg problem is inevitable. Demand from buyers on the platform drives sellers to join but if there is no sellers to begin with, where would the buyers come from? So do you, as an entrepreneur build demand or supply first?

An issue that bugs every marketplace, the chicken-and-egg problem is even all the more pressing for the relatively nascent EIG that was launched only in January last year.

Sue pointed out that “In fact, we are constantly battling with this problem but we find that it is more important to set up a selling base first.” She elaborated  further adding that it just doesn’t make sense when you invite buyers into your marketplace but the whole site is empty. Furthermore, niches in the manufacturing sector can be found when the team looks for sellers first. In that way, the company can understand which areas have more pressing needs and look out for these potential areas.

2. Shifting the mentality behind legacy processes

When asked about the greatest challenge EIG faces thus far, Sue revealed to us that it lies in “shifting perspectives of these long-time bosses, who for the most part, already rely on their smartphones and tablets and computers."

As much of the industrial world is still very much entrenched in dated methods of running day-to-day operations, many of the businesses are still relying on paper order requisitions, hand-written inventory counts, phone calls and a scribble on a notepad. But you can’t really blame them. It’s worked for them for the better part of a few decades.

But wouldn’t these bosses be incentivised to make changes when the positive impacts far outstrip the hassle of introducing and adapting to these changes? Sue then attributed the bosses’ reservations in changing as they see no need to take on a proactive approach in clearing their inventories, which is exactly an area EIG wants to elicit a change in.

Think about the losses that can be cut when a company transfers its excess inventory that are still valuable and useful to another company. The excess equipment or supplies do not have to sit idle and take up storage space. With that, the team behind EIG wants to help companies “start seeing excess in a more positive light”. As opposed to scraping or writing them off, taking the initiative to clear these excess can prove to be worth their time, with the expertise of EIG.

3. Getting the word of your marketplace out there

Establishing and maintaining an amicable relationship with the users of your marketplace has never been this important. This speaks volume about the B2B marketplaces as it is widely known that loyalty from your business partners are integral to the lifeline of your business, underscoring the importance of building a strong rapport with your business allies.

The crux resides in the lingo used to get your message across as it is the medium in which you will hook the users in, be it buyers or sellers. There are different considerations to take into account as you speak to a company employee who is faced with a dilemma in procuring inventories and an end consumer who is undecided between a handbag or a purse.

Sue mentioned that the language used in B2B tend to be more professional, direct and technical whereas that for B2C are more inclined towards layman’s terms to facilitate understanding. Yet, at the same time, the way you communicate with other businesses in B2B still needs to be approachable. The last thing you would want to do is to leave a standoffish impression on your customers.

“As the people we deal with mainly are well-versed in their own industries, we need to know the technical side of it and how they speak so as to liaise better with them. Otherwise, we would not be able to give them the benefits of using this alternative channel to sell their excess inventory,” Sue explains.

Yet at the same time, the team has to remain approachable to the users of their marketplace by using a little help with social media. After all, when we are not at work, we are on our social media platforms and that includes Facebook. EIG employs this hybrid marketing method of doing sales call in person, which comes across as more sincere; and online marketing like Facebook posts to further reinforce its presence.

So would sales call or Facebook posts be more effect? It all comes down to priorities; whether do the marketplace want to reach them at their office or playground. Sue recommends reaching out to business partners personally via trade shows and the likes first, before the attempt to infiltrate their lives with updates on social media platforms, to build a stronger rapport.  However, the content in these updates have to be of certain value and impact in a bid for the marketplace users to be effectively reminded of EIG. 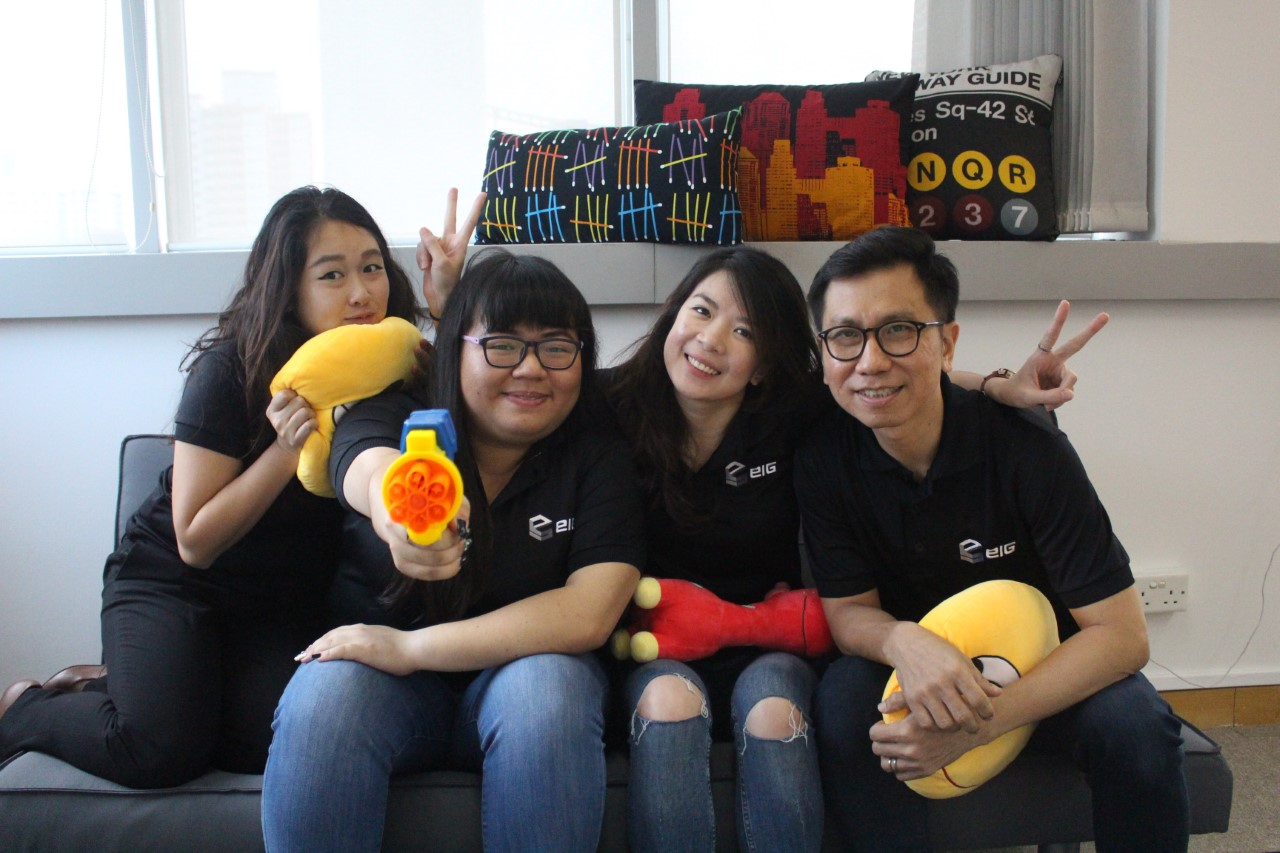 Unlike the decisions made in B2C or C2C marketplaces, choices made in B2B bear heavier responsibility, as it can affect the lifeline of the company. Stakes are higher too. A simple decision by an employee can extend beyond an individual impact to wider implications on the department and even the entire company.

In the exact words of Sue, “You’re no longer making decisions about what would benefit yourself, or what you stand to lose personally. Decisions regarding your company affect whether departments get funding or they get dissolved, whether the company thrives or struggles to stay afloat.”

Put simply, one challenge commonly encountered in B2B marketplaces is managing the risks involved if any step in the buying or selling process goes awry. Knowing the business process inside out and being on your feet would do good in helping you resolve any issue that comes your way. By virtue of that, a greater onus lies on the marketplace as its reputation is on the line.

5. Lower adoption rates and slower process behind buying and selling

As the decision-making behind business processes entails a greater deal of considerations, it is usual to have lower adoption rates and thus a slower process behind buying and selling. So do not be discouraged if you find the pace at which things are moving to be relatively slow.

There are bound to be hurdles along the way but what matters most is your mindset and attitude. Any barrier can be overcome if you attack the challenges with sheer perseverance and positivity.

Being at the right place at the right time is crucial too. That being said, Sue believes that the economic environment now is working in their favor with a soft industrial sector that will make companies more open to the solution EIG88 provides. Last but not least, one astute thought that Sue finds worthy of sharing is that “It is really important to have in your sight the endgame and a right appetite to make that happen.” We couldn’t agree more. 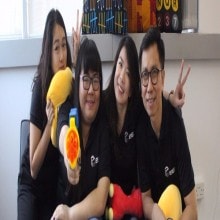