Marketplaces these days come in all shapes and sizes. On one hand, there are big players like Uber who have made huge waves in the scene. On the other, we have newer kids on the block such as Sendhelper.

As these marketplaces can be so different, there is simply no universal yardstick to measure its success. So how do you know if your marketplace is a yay or nay?

Regardless of the type of marketplace, we found these 3 key metrics to be extremely helpful in evaluating the success of a marketplace. 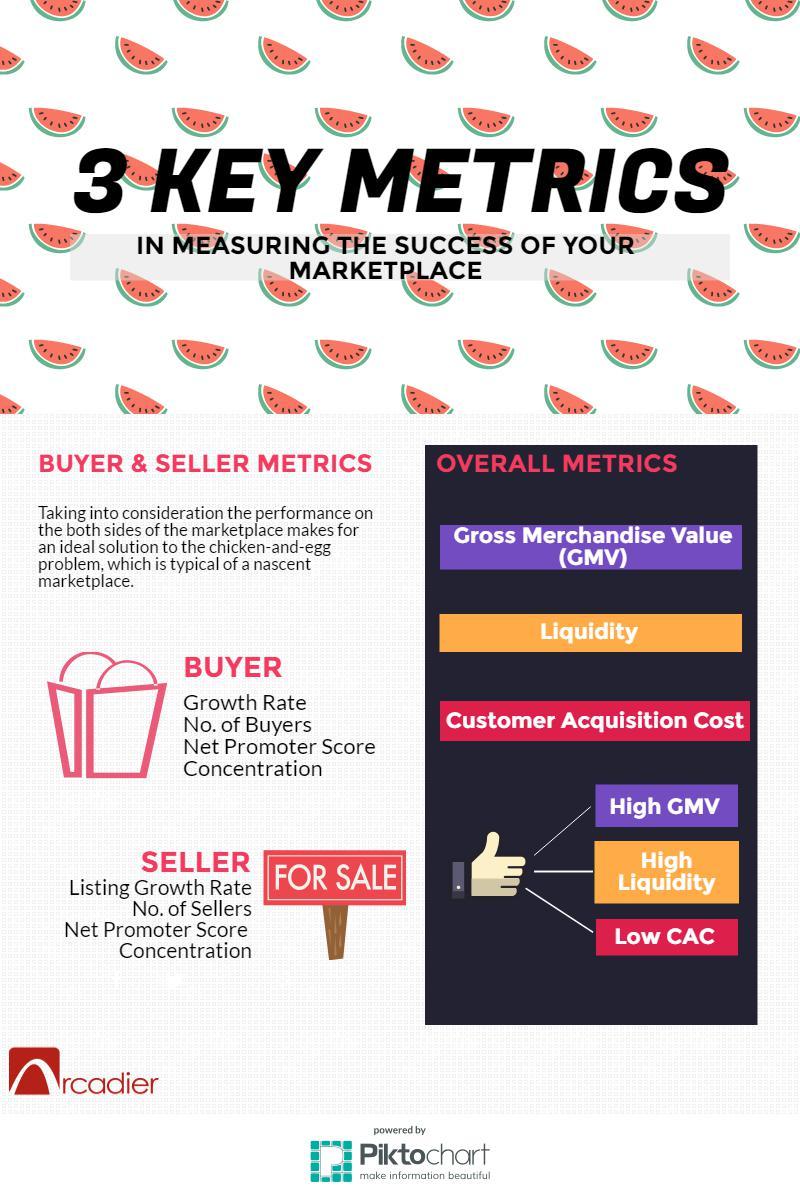 GMV refers to the total sales dollar value for goods sold or services purchased through the marketplace over a certain time. In case you are confused, GMV is not the same as revenue. The latter is a percentage of GMV.

It is crucial to track this key performance indicator (KPI) on a regular basis for it is a telling sign of the volume of transactions that is one of the main engine of growth for a marketplace.

What is liquidity? It is the volume of transactions that take place across the platform with a minimum number of producers and consumers hopping onto the marketplace.

Essentially, a high liquidity signals high matching efficiency between the buyers and sellers on your platform. Take Uber for an instance, more liquidity is being generated as the number of passengers and drivers being paired on the marketplace rises.

In sum, liquidity is like the momentum that keeps your marketplace going. Once critical mass has been attained, the existing number of sellers (buyers) will attract even more buyers (sellers), further ramping the level of liquidity. This sets off a virtuous cycle of increase in sellers and buyers, making your marketplace easily scalable and of course successful.

One common reason for the flop of many marketplaces is the high CAC incurred to acquire new customers. It has to do with the the full cost in acquiring new customers and the number of new customers being acquired in a specific time period.

As CAC decreases, the profit margin improves, for gaining new customers has become more economical. However, CAC alone is unable to give you a balanced view of the effectiveness of your marketplace. You would be better off knowing what LTV (long-term valuation) is all about, where the success of a marketplace is concerned.

You could run a possibility of stifled growth in your marketplace in the event of a low customer LTV in spite of having a low CAC. This bodes ill for your business model as the value being extracted from your customers are not high enough to offset the acquisition cost in the long haul, despite having  economies of scale in converting users to new customers. 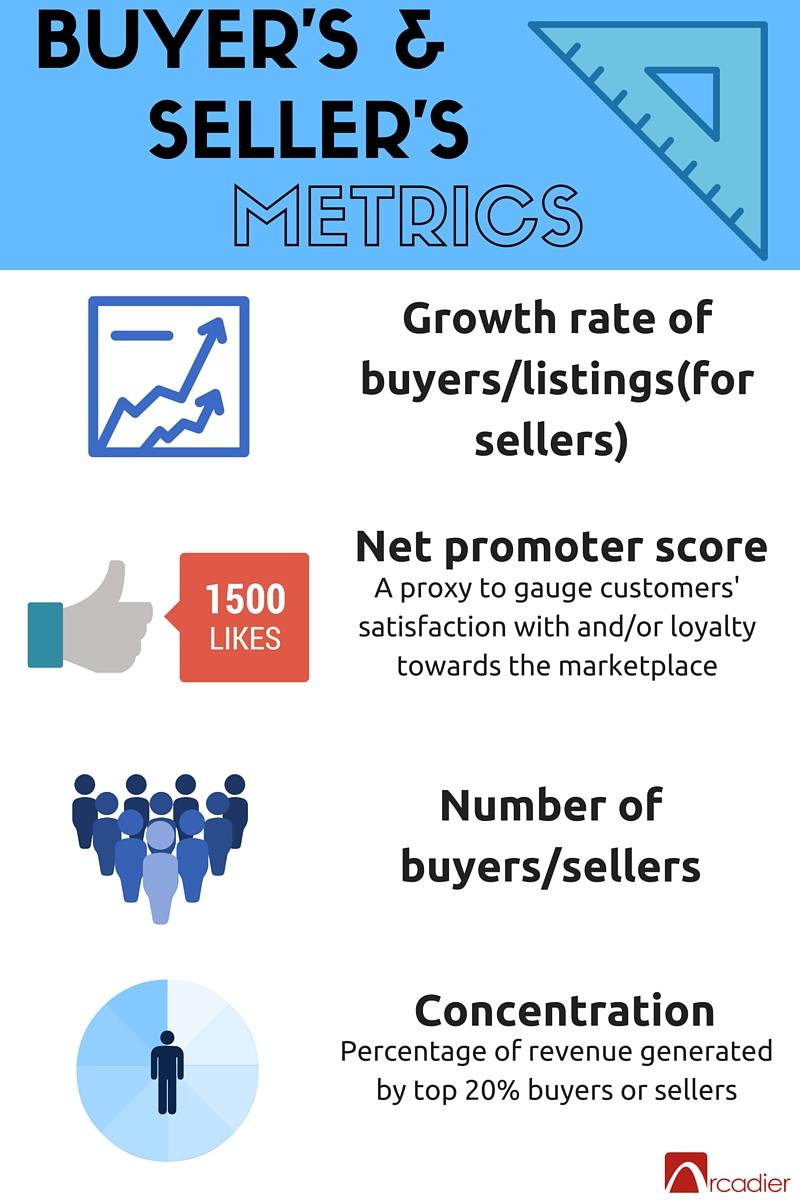 As we look into each side of the two-sided marketplace, you will realise the KPIs are pretty similar across the buyer’s and seller’s sides.

One KPI that gives you an idea of how well the marketplace facilitates transactions between the sellers and buyers is the growth rate. As the flow of transaction becomes less obstructed and more intuitive to a user’s experience, the higher the likelihood of users turning into customers.

Similarly, the number of buyers on the platform reveals how well the marketplace is faring in gaining new buyers too. Of course, the more the merrier as higher liquidity undoubtedly elevates the success of your marketplace.

As a signpost for customer satisfaction and reputation of the marketplace, Net Promoter Score (NPS) is an index that ranges from -100 to 100 on the customer’s willingness to promote the marketplace to another individual. The level of trust and safety consumers perceive themselves to have on the platform is positively correlated with NPS too.

In the same category as other profitability KPIs, consumer concentration refers to the fraction of revenue that is being generated from the top 20% of consumers. This is critical in assessing the success of a marketplace because having a highly concentrated consumer base means you run a higher risk of losing market share, especially if the top 20% consumers constitute the majority of your revenue. It is imperative for your marketplace to stay adaptable to any of such changes as it poses a rather large threat to its success.

Likewise, the KPIs for buyer’s metrics work in pretty much the same way for sellers too. However,  apart from being a profitability KPI, the seller or producer concentration is also a KPI for network effect.

Given that a marketplace relies on the network effect of its buyers and sellers to gain traction, the geographical location and degree of concentration in an area pertaining to the sellers also come into play. It makes a difference if there are many sellers concentrated in an area that has high demand.

This list is not meant to be exhaustive and there are certainly many other indicators, which you could use depending on their suitability for your business model. Nonetheless, these are some of the fundamental metrics that would be useful to look into as your marketplace gets up and running. After all, you are doing yourself a huge favor if you start out with a standardised plan to evaluate the progress of your marketplace. Otherwise, your efforts would be in vain.