The Indonesian market was recently introduced to Go-Pay (formerly Go-Jek Credit), and soon, it expects the release of another e-money platform developed collaboratively by Grab and Lippo Group. For a country that is the second largest cash-based economy in the world — the first being India — the concept of e-money itself is a huge deal.

The race between the two on-demand marketplace operators to integrate their own payment gateway does incite doubts and questions. In a country where credit card penetration is notoriously low, can the majority of Indonesians adopt e-money payments? For a marketplace, what are the advantages of having its own payment gateway — and disadvantages, if any? 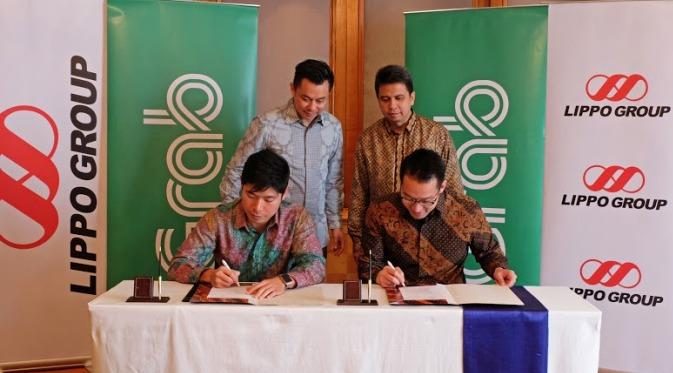 For mobile payments like Go-Pay, their appeal lies in the ability to allow users to make payments quickly and easily. Following a partnership with leading Indonesian banks such as BCA, Mandiri, and BRI, capitalising on the Indonesian public’s trust in Go-Jek’s tools and offerings, Go-Jek was able to launch its mobile wallet service. Through either an ATM, SMS, internet banking, or mobile banking services, users can top up their balance on Go-Pay and pay for any of Go-Jek’s services without using cash at all.

Another benefit touted by Go-Pay is that users no longer have to worry about not getting exact change when Go-Jek drivers have none. Go-Pay limits the amount a user can top up to Rp 2,000,000 (US$152). Refunds and transfers to other Go-Pay accounts are not available. 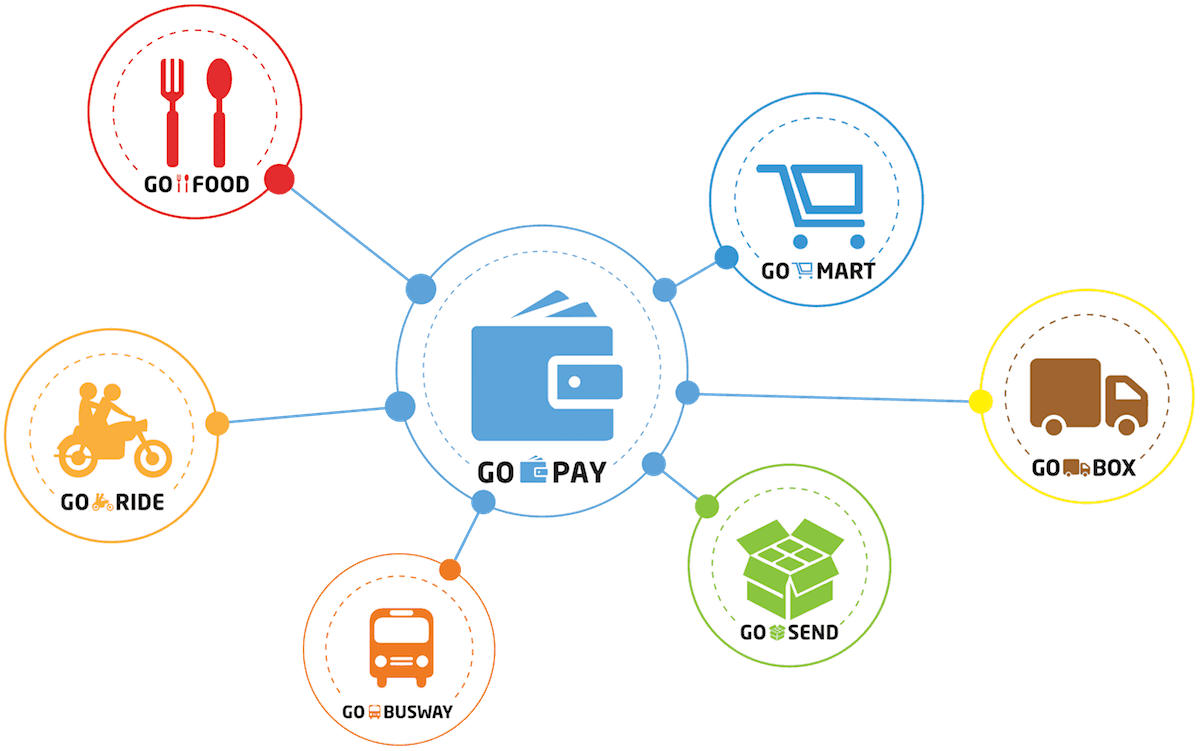 Grab and Lippo Group’s e-money platform is designed to be a universal payments platform for all transactions in all of Lippo Group’s retail companies, which would include Matahari department stores, MatahariMall.com, Cinemaxx, Maxx Coffee, and more. There are many good reasons for them to create their own payment gateway, such as reducing costs associated with payment processing, integrating new features that cater to the businesses’ needs, and if implemented successfully, they can sell their payment gateway as a product to other merchants.

The additional modes of payment do offer greater convenience for customers, but remember, there are two sides to a marketplace. How are the suppliers or service providers taking it?

The implementation of the new payments system hasn’t all been smooth sailing for Go-Jek. In fact, orders were often rejected by the drivers, who do not want to or simply do not have the cash funds to cover for gas, meals, or items ordered on Go-Send. On-demand marketplaces are highly dependent on the ability of both the customers and suppliers to implement new changes. If either side rejects it, the system simply wouldn’t work. In this case, liquidity remains a prevalent issue.

According to Indonesian tech portal DailySocial.id, Go-Pay fund disbursements may take up to three days, and drivers risk having their disbursement claims rejected. This is an example of a marketplace focusing too much on one side — offering promotions to encourage customers to adopt the payments system — without consulting or fully understanding the other.

Another key component of any payment gateway is the ability to process transactions securely. Without saying, keeping customer data secure is part of the deal. Having a reliable payment gateway will help gain the trust of customers, which would benefit the marketplace itself. Aware that most people are still skeptical about the security of the new payment system, Go-Jek initially drove users to sign up with a 50% discount and additional deals on Go-Jek services if they pay with Go-Pay. 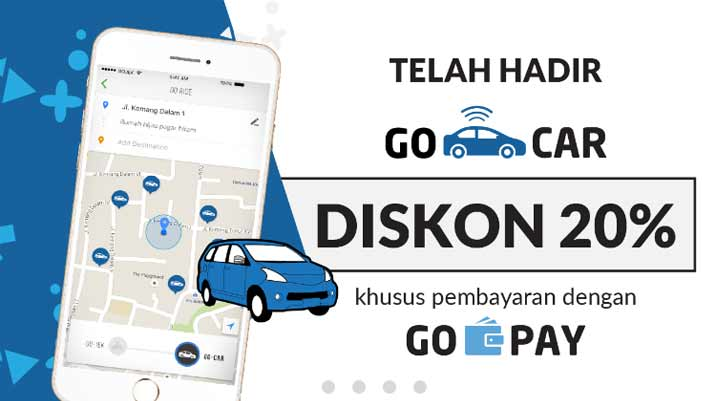 However, in late July, Go-Jek had sent its users text messages prompting them to reset their passwords. This took place after it was discovered that Go-Jek accounts were being bought and sold on Facebook, either for cash or prepaid mobile credit. At the same time, account owners found that their Go-Pay credit had been used up or mysteriously disappeared altogether.

In response to reports of suspected hacking of its system, Go-Jek replied that these accounts were obtained from other online services unrelated to Go-Jek, most probably because users often use the same e-mail and password for several online accounts. Go-Pay users were infuriated, some taking to social media to voice their complaints and dissatisfaction.

The presence of structural barriers continues to pose a challenge for the Indonesian e-commerce market. The Jakarta Post reported that “currently, the vast majority of e-commerce payments (around 70 percent) are completed with bank transfers and another 15 percent with credit cards. This poses considerable limitations for mass-market e-commerce adoption given the high unbanked population (more than 65 percent) and very low credit card penetration in Indonesia. In addition, bank transfers via ATMs pose significant customer hassles and cause order cancellation rates to remain high at greater than 10 percent.”

Cash-on-delivery is a growing method of payment, it’s clear that there’s a void that can only be filled by a unified and ubiquitous, yet customer friendly payment platform. In an exclusive interview with Arcadier, global multichannel payment company Adyen‘s APAC President, Warren Hayashi, says that from his experience working with big clients such as Airbnb, Netflix, Spotify, Dropbox, Booking.com, and Cathay Pacific, “regardless of the variety of industries and businesses we work with, we understand that a positive payments experience is essential to retain customer loyalty everywhere. “

Payments can indeed be a strategic advantage, for on-demand firms such as Grab and Go-Jek, as well as a country — as Anthony Tan, Group CEO and Co-founder of Grab said, “Technology can be a key driver of economic growth, and we are both invested in opening the digital economy to all Indonesians." That being said, the consequences of not having a payments system that is reliable, secure, and meets the needs of both sides of the marketplace are disastrous.