A Guide to an Awesome Marketplace Idea

At the core of every awesome marketplace lies a viable idea. But viability alone does not cut it. Your marketplace needs to solve a tangible problem, which your users currently face. So here is a rough guide to generate an awesome idea, or even to fine-tune one you already have in mind. 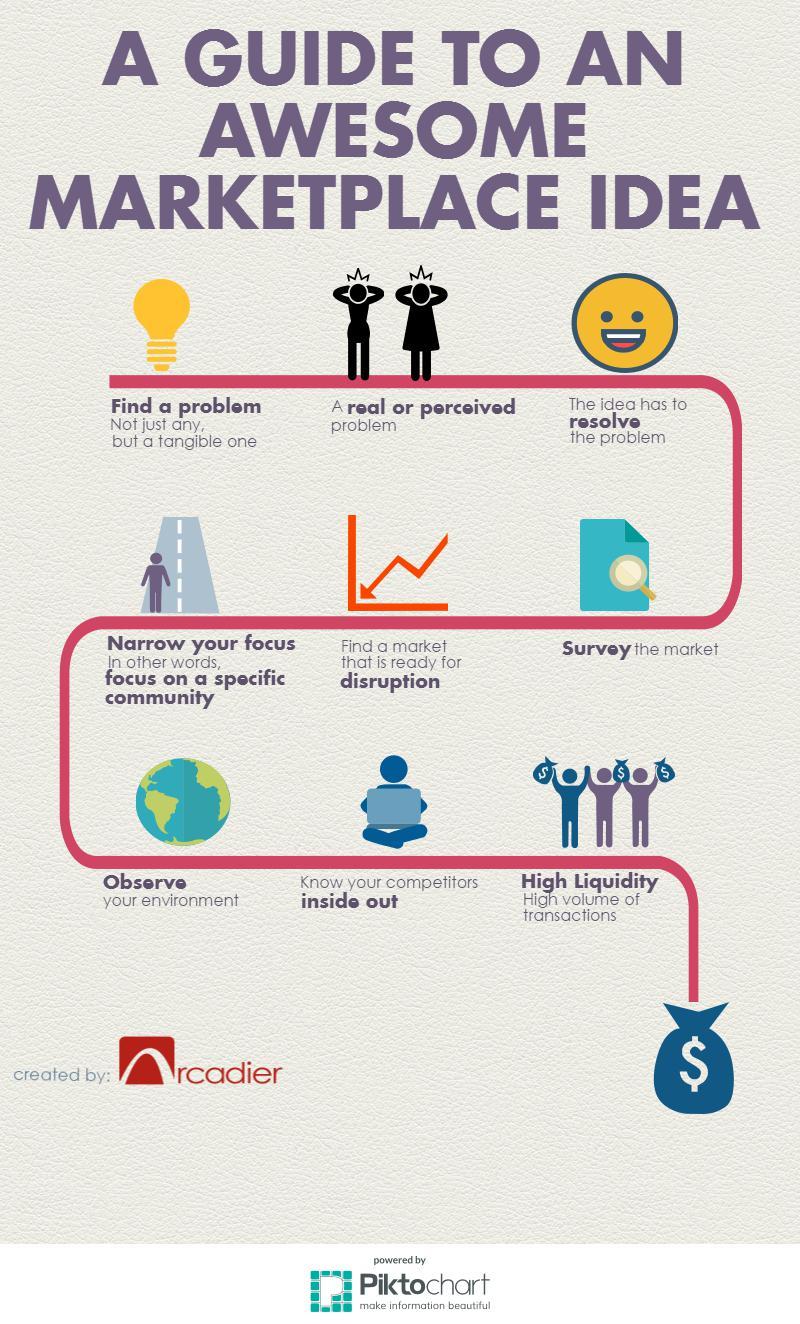 Solve a tangible problem for your users and sellers

What massively successful marketplaces such as AirBnb, Uber and Expedia all have in common is that they solve problems for their users — not just any problem, but one that is tangible and real.

A classic example of this is Uber, as they alleviated a problem many of us could relate to or even face on a daily basis. Before Uber, we were all at the mercy of taxi companies especially during the peak hours of the day, where cabs are either busy or fully booked. When Uber came in, while skeptical and wary, many went ahead and gave it a try. Before we knew it, even our not-so-tech-savvy mom is using the app too.

At the same time, if you can solve the tangible problems sellers face, in the likes of making their unused assets or spare time productive, it can incentivise them to join your marketplace. This would trigger a virtuous cycle, where more sellers entice more buyers and vice versa, enabling your marketplace to gain traction and scale up.

In fact, why marketplaces are here to stay lies in the power they wield in disrupting the economies, which leads to this next point: 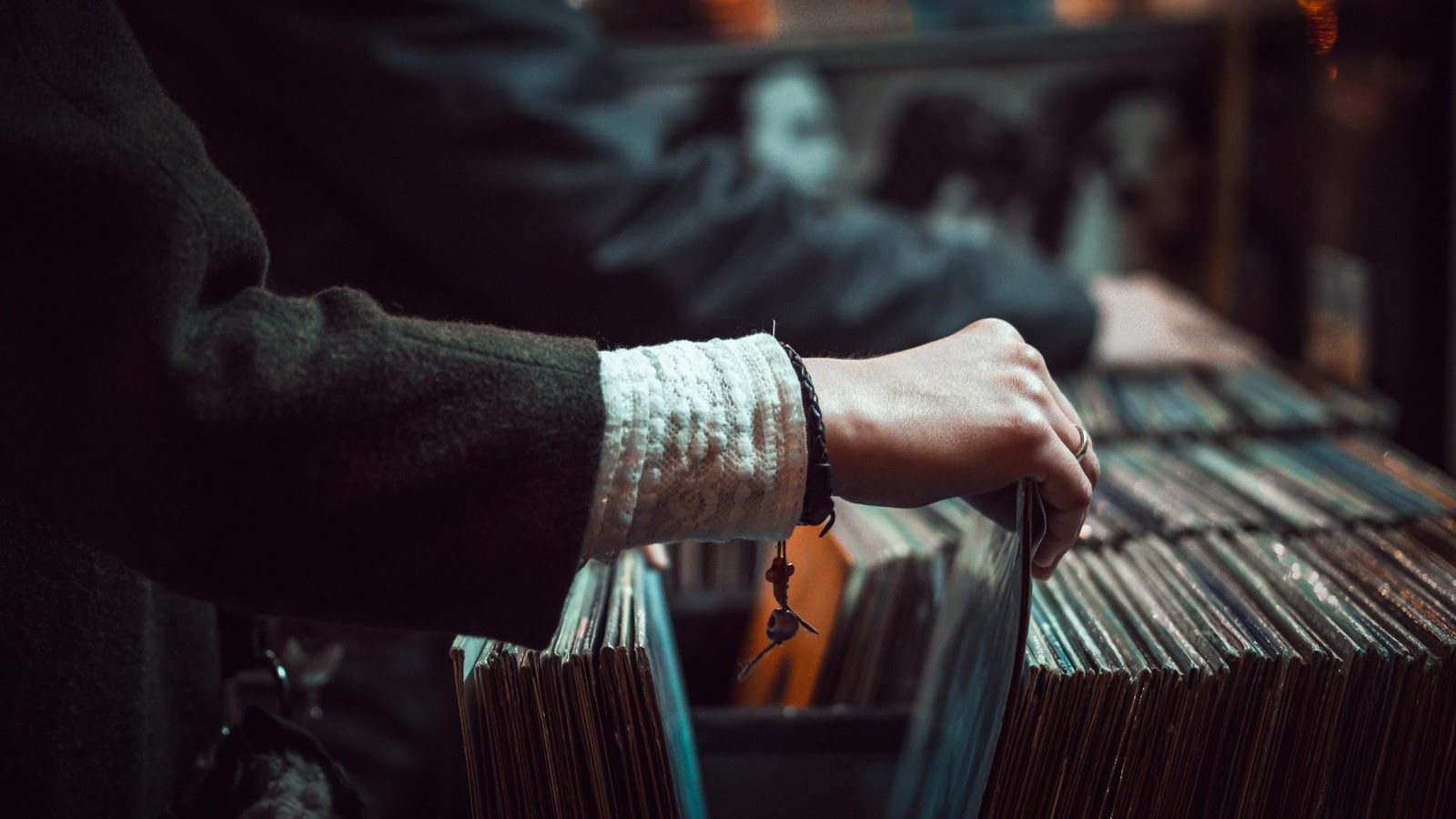 Find markets that are ready for disruption

If your idea involves entering a market that has seen little to no innovation since a gazillion years ago, you just got yourself a market that is due for a shake-up.

Think about how Airbnb changed up the travelling industry, allowing homeowners to earn extra bucks by renting out unused space for budget-conscious travellers. It disrupted the hotel industry as cash-strapped vacationers no longer have to turn to the usual hotel or hostel options.

Some of the industries set to face much disruption in 2016 are Music, with Spotify taking the industry by storm, and the Travel and Tourism industry that has been facing disruption for quite a while — this time round with Townske, a Sydney-based app that provides portable city guides from locals, a solution for tourists who lament non-authentic travel experiences.

So here are a few pointers to look out for when you want to identify markets that are due for a shake-up:

To stay ahead of your competitors, your marketplace has to blaze the trail in terms of reinvention and innovation. In a market where creativity has grown stale over time, your marketplace would stand a greater chance at success.

Your competitor is as strong as their weakest link. Regardless of how established they are, if  complacency is pervasive with your competitors, it is a matter of time before they fall prey to the inevitable winds of change. Your marketplace could very well be the next game-changer in the industry.

This brings to mind Uber, which has revolutionised the taxi industry across the world. Who would have expected it to have a wide presence in a staggering number of 71 countries?

2. Tension, rather than pain points

Unfortunately, we view problems as deserving of our attention only after it becomes a pain in the neck.  But has it ever crossed your mind that these problems could be nipped in the bud even before they became real problems? These pain points, or problems that we see now, are usually  tension points at the beginning.

Initially, tension points are not that huge of an issue for us to view them as problems. As they are not as easily identified as pain points, it takes considerably insightful and intuitive research to unravel them.

Contrary to popular belief, being intuitive to our environment does not come naturally to us. We are too used to hearing what people say they feel, when in fact we should pay attention to what they actually feel. It takes a great deal of awareness to be intuitive and to come up with deep insights that aid the market penetration of your idea.

As mentioned previously, solving a tangible problem is key to an awesome marketplace. So if your idea has the ability to rectify an existing problem or an underlying issue, it is a market one can consider delving into. 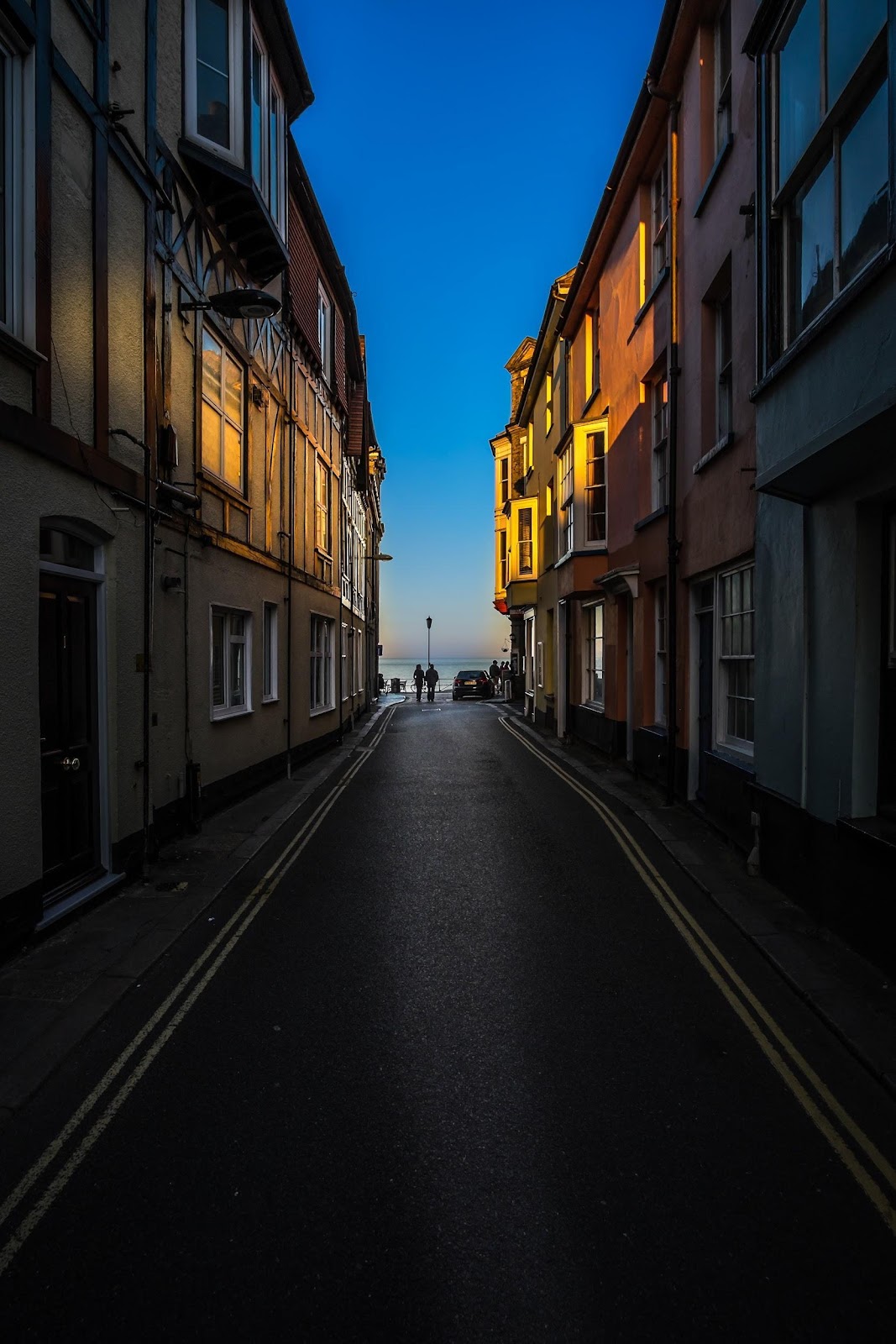 Narrowing your focus is the best recipe

If you cater to a wide audience, chances are you won’t do a great job at it. One widely common reason for the failure of many marketplaces is a broad focus.

Before many popular marketplaces made their foray into an uncharted area or other verticals, they did so after enjoying success with the group of users that they initially targeted. An instance of this was Expedia’s acquisition of HomeAway, a direct rival of Airbnb. Expedia operated more or less like an online travel agency before, but it has now extended its reach into the rental marketplace.

Going vertical is paramount given the finite amount of resources that your marketplace has. Granted that too narrow a focus could cut off possible opportunities, it is more prudent to steer clear of being too general as your brand could be diluted. Furthermore, a narrow focus entails reduced competition. Narrowing your focus has been proven to be one of the winning formulas, as with many successful marketplaces today.

You can also broaden your focus or move into adjacent verticals, but that would be more timely after your marketplace gains traction. Having an established reputation also eases the process of targeting other types of audiences. 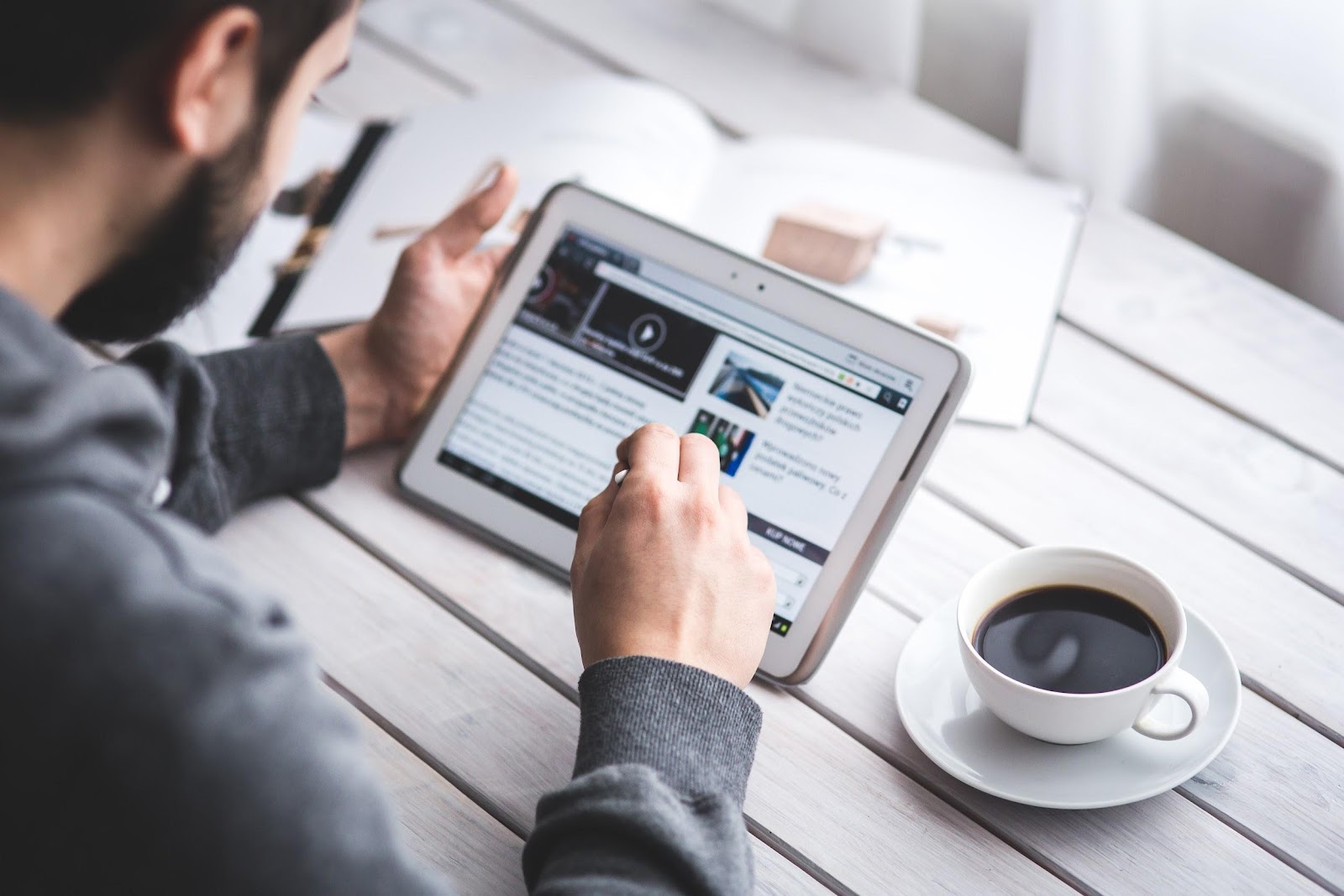 Observe and learn what others are doing

Now look around to see if your idea has been replicated elsewhere. If yes, there is no need to feel dejected. More research should be done before putting your improvised idea to the test or changing the direction in which your marketplace is going.

While it is highly plausible that your idea has been thought of by someone else, the crux lies in the execution. Two entrepreneurs can have very similar ideas but business models that are worlds apart.

So here is a simple outline of what you should do to monitor and track the market:

When in doubt, Google is your best friend. Use it to find everything you possibly can on your competitors and ideas. It would make your research more systematic if you can keep track of the search keywords.

Be ready to go through each and every one of your searches thoroughly. To your surprise, they could even serve as a springboard for more great ideas.

2. Know the background of companies that show up in your searches

It is also immensely beneficial to have at least an inkling of the history of companies that come up in your searches. This is where databases with abundant information on marketplaces and start-ups such as AngelList and CrunchBase come in handy.

While looking through these websites, you could also stumble upon information that would otherwise have fallen through the cracks as you conduct your research. An instance is how companies got their funding in the past.

Increasingly, marketplaces are shaping up to be a major catalyst in shaking up industries that are soon-to-be-passé if they do not keep up with the latest trends. It is crucial to stay abreast of the latest news as you wouldn’t want to be the last to know about the next marketplace making waves. Be sure to check out marketplace directories like Mesh and collaborativeconsumption for more deets. 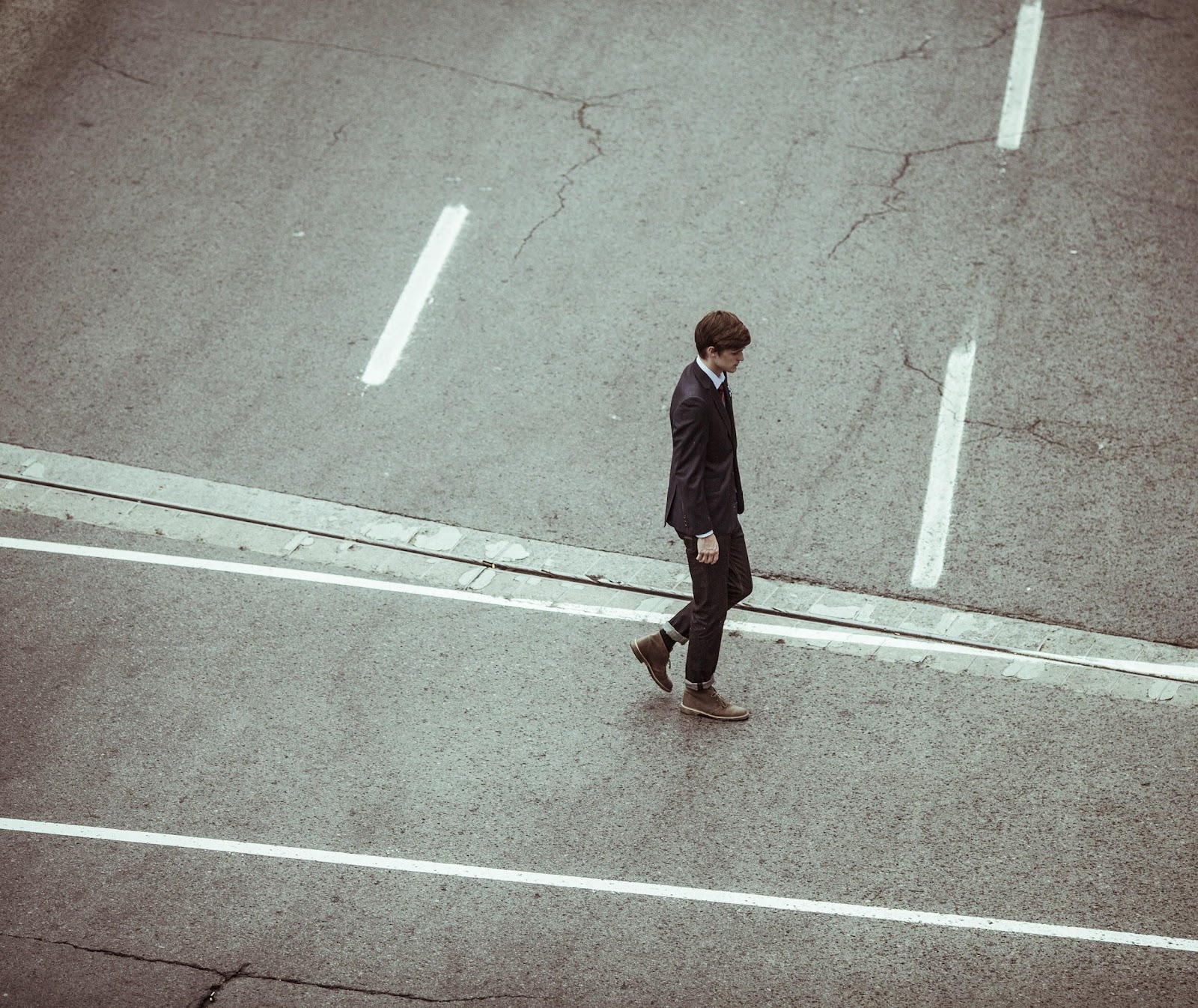 What should I do next?

Having your idea solve a tangible problem for the users of your marketplace cannot be emphasised enough. It constitutes the very foundation for an awesome marketplace. To know if your idea does that, bounce it off as many people as possible, like your friends and family.

Better yet, make brainstorming of your idea an iterative process where you constantly tweak it. It could be radically different from the original, but you can be sure that it has evolved to be the best version.

It is essential to focus on a specific group as only then would you be able to devote substantial resources to it. Besides that, it is immensely beneficial to build a layer of trust by listening to and further understanding your users’ needs.

Raring to go now? Hop onto the next chapter to know more about finding the right business model for your idea.

Does your idea provide a feasible and simple solution to the problem of your vertical market?
Is it the right time to delve into the vertical market that you have in mind?
Are there any improvements you can make from the way in which your competitors are currently operating?

Things You Ought to Know Before Building a Marketplace