Head of the Department of Economics at National University of Singapore

An Economist’s Take on the Business Model of Online Marketplaces 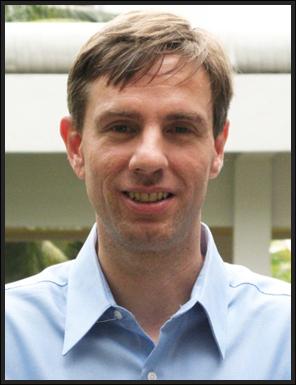 Professor Julian Wright heads the department of Economics at National University of Singapore.

While it is probably safe to say that activity in the stock markets is underpinned by economic fundamentals, one may be hard-pressed to say the same for marketplaces. What happens when you put “marketplaces” and economics together in one equation?

This idea of explaining marketplaces with economics may seem obscure to some, the very same economic concepts taught to us in school have in fact, everything to do with marketplaces.

Professor Julian Wright, Head of Department of Economics at the National University of Singapore — ranked as the top university in Asia by London-based Times Higher Education Magazine — speaks to Arcadier and brings up this very point to our attention. As he introduced us to an economist’s way of thinking about online marketplaces, we unravel the economics of owning a marketplace and how to avoid falling prey to some common pitfalls.

In the initial stages of a marketplace, the network effect is central to building and sustaining its growth. Given Wright’s primary area of research in network economics, he emphasised that, "First and foremost, a marketplace should help buyers and sellers connect and transact more easily. Otherwise, a marketplace won’t be able to generate revenue. It’s still fundamentally a matter of providing benefits for finding, interacting and transacting with each other."

As more users come onboard, network effects will grow and continue to do so as “the searches become easier and better matches between both sellers and buyers are attained, growing into this self-supporting system.” Wright explained: “There is a need to think about how to invest in technologies that will make use of consumer’s information and that facilitate the role of seller reputation on the marketplace. While having the buyer fill in registration information or a seller incurring a set-up cost can initially become a barrier to getting more users to come onboard; if it helps the marketplaces to match better, in the long run, these can support network effects where users are reluctant to switch after having incurred the investment cost of filling in information and whatnot.”

When your marketplace scales up, the growing network effect, alongside a couple of other common methods, can help to counter the classic chicken-and-egg problem faced in building a marketplace. The most common one, as pointed out by Wright, “is a zig zag method where the marketplace attracts a few and particularly well-liked sellers. Initially the marketplace has to offer services for free as people may not want to pay, or ‘bribe’ one side to get them onboard. Gradually, more buyers come onboard, bringing about more sellers and thus ramping up the marketplace.”

Making an example out of Groupon’s business model

However, Wright cited the cautionary tale of Groupon, forewarning that “network effects aren’t a given, certainly not for those who don’t build network effects.” As in the case of Groupon, he remarked, “It relied on emailing so really there was no investment or incentive for consumers to log into Groupon. Hence many similar platforms developed to provide similar kinds of daily deals.”

Ever since its initial public offering in 2011, Groupon’s share prices have headed south. As such, Wright advised marketplace operators to “have a platform that enables buyers to search efficiently for good deals. Instead of emails, if there had been more search benefits in place, Groupon could have capitalised on that, locked buyers in and performed better. If they emulate the model of Booking.com or Fatwallet where transactions are done on the site itself, things could have been vastly different.”

In the paper “Do you really want to be an Ebay”, its co-authors Wright and Professor Andrei Hagiu explained several scenarios where either the reseller or multi-sided platform business model works better. We got down to the bottom of it and asked which model is most beneficial for a marketplace. Wright responded promptly, “Both actually happen but being a reseller first is more natural because it solves the chicken-and-egg problem. When you buy something and sell, you don’t rely on network effects so you can get by when you are small.” It rings true as Amazon was one of the trailblazers for the reseller-to-marketplace model.

“Hence we can consider at some point in time, to bring in independent sellers like what Amazon did after reselling books. Amazon became a marketplace for many products they did not have expertise in selling. Having observed the independent sellers, it could see which products are popular and start cherry-picking businesses to go into themselves with information generated on their marketplace.”

Whether or not being a reseller or a marketplace is more ideal, it hinges upon the degree of control the intermediary desires. As mentioned by Wright, “if an intermediary needs control, then it shouldn’t be a marketplace, but a reseller instead. So when does giving up control makes sense? It depends on a few factors with one of them being who has better information of the customer’s need — is it the individual suppliers or the marketplace itself?”

In another paper co-written by Wright and Benjamin Edelman, the economic concept of price coherence is introduced. Price coherence happens when platforms ensure the price at which consumers buy from sellers is no higher than when consumers buy directly from the seller or via other channels. Wright expounded on it, saying: “Price coherence or MFN (most-favoured-nation) is being used by Amazon, which has a clause stipulating that its sellers cannot charge less than the prices on the marketplace on their own sites. Therefore, it is harder for sellers on the platform to disintermediate since they are not allowed to offer lower prices when buyers go directly to them.

“One way these platforms justify these restrictions is to prevent consumers searching on Expedia for the best deal and going directly to the hoteliers and airlines. It prevents the suppliers from free-riding the system. However, it also means the platform's fees are passed onto consumers regardless of whether they buy through the platform or directly, and so consumers end up paying more as a result.”

The use of these economics concepts to validate the business model of a marketplace highlights the real value that hyperlocal and hyper vertical marketplaces bring to the communities around us. For those of us intending to start our very own online marketplace, the economics behind a marketplace also becomes a clearer proposition for us to contemplate.